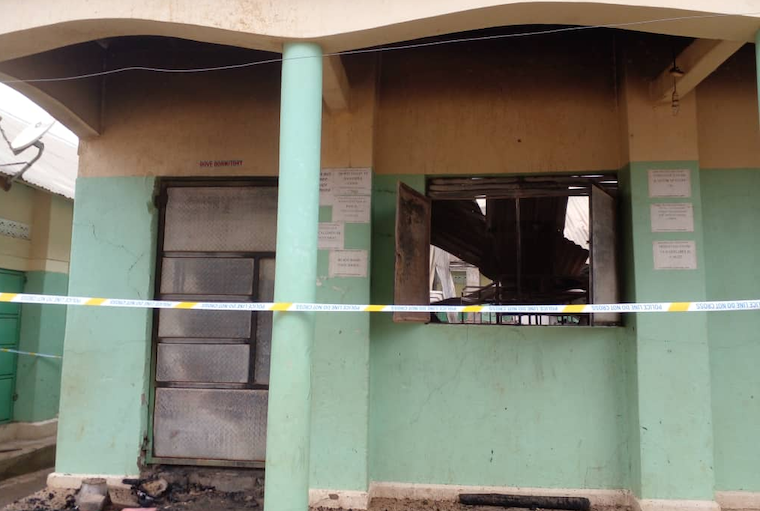 Five pupils have died in two separate dormitory fires in Kampala and Kyotera. In Kampala, police have confirmed four pupils died and three others injured in a fire that gutted New Crest Junior at Kibedi day and boarding primary school in Kawempe Division.
In Kyotera district, a pupil died after a dormitory at St John’s primary school caught fire at around 4:30 am today. The pupil has been identified as Savio Kasozi, a primary four pupil.

The Kawempe fire victims have been identified as Tena Denge, Bashira Nabawesi, Julian Nakalanzi, all in primary one, and 7-year-old Hasina Nakawuki, a primary two pupil. The four died in the fire that gutted one of the dormitories at around 3 am this morning.

“The school and locals managed the fire outbreak and did not bring it to the attention of the nearest police at Kawempe. This is an act of gross negligence that caused the death and injuries of the pupils," he said.

He says a case file of causing death has been opened at Kawempe police station.

“We are looking into the matter of why police weren't informed on time to help in the rescue. Our fire prevention and rescue services are still on the ground with our investigative teams to ascertain the cause of the fire," Owoyesigyire said.

Meanwhile, according to Hassan Hiwumbire, the Kyotera district police commander, they are yet to establish the cause of the fire at St. John's school. District authorities agreed to close the school until further notice.

John Lubwa, the school director says that unknown arsonists torched the school and it is not electricity as alleged. He says they are now relying on the police to investigate and find out who burnt the dormitory. The two incidents have happened five days after schools reopened after two years of closure following the outbreak of Covid-19.

+1 #1 Lakwena 2022-01-16 10:36
In other words, except orphanages and/or children from TOTAL dysfunctional/broken homes; Boarding Primary Schools MUST BE ABOLISHED.

Otherwise, the history, causes and origin of Boarding Schools, especially in Europe wherefrom we adopted our education institutions/practices; was the problem of Destitution.
Report to administrator
+1 #2 kabayekka 2022-01-16 11:07
Such sabotage and accidents in schools that have been under lockdown for two years are expected.

This is an Authority in this country that knows everything sabotage, guerilla wars and the lot.

Guerrilla warfare is a form of irregular warfare in which small groups of combatants, such as paramilitary personnel, armed civilians, or irregulars, use military tactics including ambushes, sabotage, raids, petty warfare, hit-and-run tactics, and mobility, to fight a larger and less-mobile traditional military.

A country under such circumstances is at great risks. Today such saboteurs with 99 percent tactics are burning dilapidated schools, planning to initiate suicide bombings all over the place.
Report to administrator
+2 #3 kabayekka 2022-01-16 11:08
The next time they are shooting down innocent civilian passenger planes from the sky!

That is why African governments must learn to avoid war mongering and always to sit down and negotiate for peace, harmony and good governance.

No government has any long historical records of ever won a guerrilla warfare!
Report to administrator