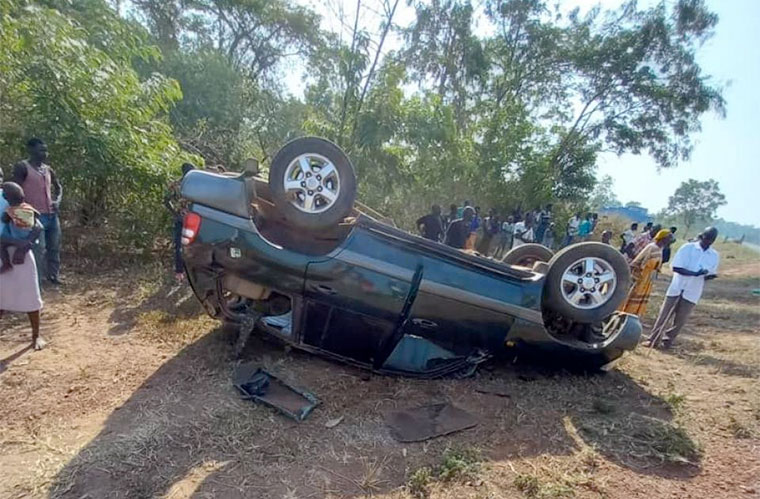 The MP escaped with some injuries after his car overturned

Dokolo South MP Felix Okot Ogong has been involved in an accident in Dokolo district.

According to eyewitnesses, Okello was trying to dodge a cyclist who was riding with a bag of charcoal in the middle of the road, when the vehicle lost control and overturned at Agwata village along with Lira–Dokolo road in Lira district.

Ogong and his driver sustained minor injuries on the hands and were taken to Lira medical center in Lira city for further treatment and later discharged.

Earlier on Tuesday this week, a fatal accident claimed the lives of nine market vendors in Lira district. They were killed when a Fuso truck registration no. UBJ 354G with over 50 market vendors and their goods overturned at Piiawac along Abako-Lira road around 8 pm on their way from Ajuri market in Alebtong district.

Maybe they are bewitched!
Report to administrator