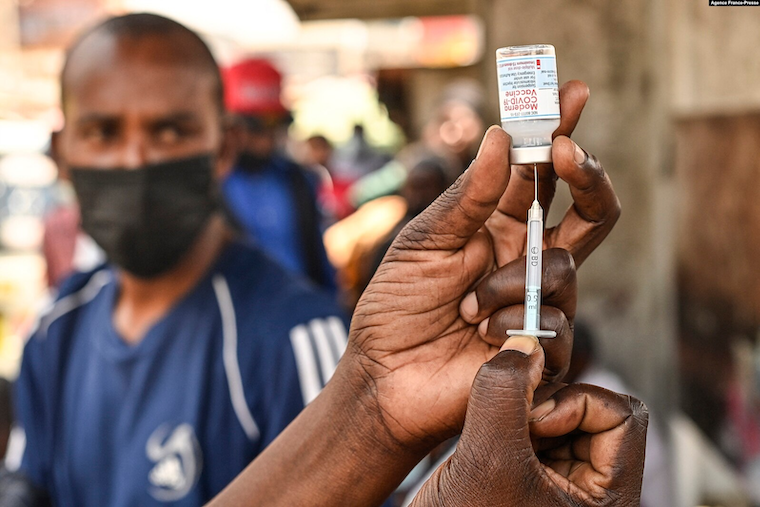 Over 500,000 doses of Moderna vaccine have expired before use

More than 500,000 Moderna COVID-19 vaccine doses have gone to waste following the failure by the ministry of Health to use them within 30 days after being removed from the required cold chain of -80 degrees to remain potent.

Dr Daniel Kyabayinze, the incident commander of COVID-19 at the ministry of Health says that the vaccines that require very low temperatures like Moderna were taken to the Acholi region in anticipation that people would use them in vain.

He explains that by the time they thought of shifting them to the Kigezi region, it was too late for them to be used since the thirty days had elapsed. Kyabayinze said the expired vaccines were a donation from the US government and received through the COVAX Facility. He blames the wastage on the anti-vaccination crusade by sections of people in northern Uganda.

So far, Uganda has received more than 32.6million doses of different COVID-19 vaccines and expects another 11 million doses by the end of March. By end of December last year, ministry of Health figures showed that about 20 million doses had been utilized although the latest figures released today Thursday afternoon show that only 12.2 million doses of the different vaccines have been administered.

This means more than 7 million doses cannot be accounted for. However, Kyabayinze says that about 240,000 doses of the AstraZeneca vaccine were withdrawn from facilities a few days before expiry. Vaccines made under emergency approval are given only six months duration before they expire.

This is happening amidst a rush to have as many people take the jab since the country is still lagging behind on its target of reaching 22 million Ugandans. So far only 4 million people have been vaccinated fully - accounting for 18.2 per cent of the target. Also, vaccination is being banked on as one of the ways that will lead to a reduction in new infections.

Currently, the number of new infections recorded per day is still high averaging 1,200 cases. According to results released today Thursday, 591 cases from 7,278 samples tested positive. This trend is however projected to decrease, according to Eng Abraham Muwanguzi, who heads science and technology management at National Planning Authority.

He said their model is showing that cases will be on the decrease in the next two weeks even when schools have reopened and restrictions on bars and the arts industry eased. He says this is explained by among others vaccination and the fact that hospitalization has remained low despite high cases.

Why are vaccines expiring yet health centres seem to never have them?
Report to administrator
+4 #2 Daniel 2022-01-14 12:43
Every time you share a false story about vaccines, know that someone will believe it and refuse the vaccine. For some the result will be death.

Stop being a murderer!
Report to administrator
0 #3 kabayekka 2022-01-14 21:07
There have been much advice from the public against the continued stringent measures that have been placed in the lockdown for now two years in Uganda.

When these vaccines came on the market many wiser countries opened up and took on the essential exercise of vaccinating their populations.

Uganda went on the campaign to try and find a hospital cure against this pandemic. Uganda even declared a plan to make its own vaccine and continued to lockdown its population.

There were no efforts to try and install cold medical storage facilities. Well then even the vaccine that has been handed to this country for free cannot be cold preserved and need to be destroyed. Who now has got to take the blame?
Report to administrator