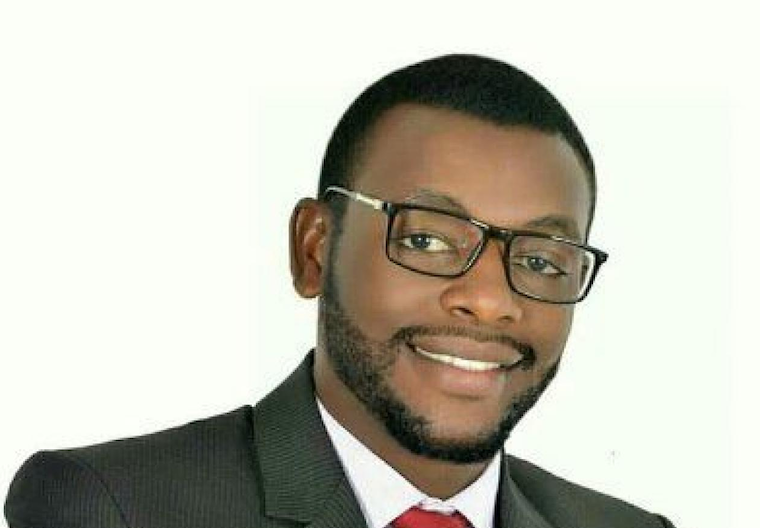 Lawyers representing award-winning novelist Kakwenza Rukirabashaija are demanding his unconditional release.
The lawyers from Kiiza and Mugisha Advocates led by Eron Kiiza, said Kakwenza, was arrested on Tuesday at around 4 pm from his home in Kisaasi, a Kampala city suburb by armed men.

According to Kiiza, the unknown gunmen arrested Kakwenza by breaking into his house and driving him away in a vehicle.  He adds that Kakwenza is currently detained at police's crime intelligence unit in Naguru, Kampala. Kiiza said those who arrested Kakwenza threatened to break his legs and hopes that they haven't done so already.
"Currently under house arrest. Gunmen are breaking into my house by force," Kakwenza tweeted at 4.20 pm on Tuesday.

Kiiza notes that there is no justification as to why he should be detained without having committed a crime. Police spokesperson Fred Enanga said Kakwenza is being held over offensive communication after a series of tweets he posted recently. It is still unclear what tweets Enanga is referring to but lately, Kakwenza has been having a go at the first family and particularly first son Gen Muhoozi Kainerugaba, who, himself takes no prisoners on social media.
"Imagine you steal money from the national purse and use it to bankroll idle idiots on social media to market your presidential ambitions when you are intellectually bankrupt. These Muhoozi project fools think that we shall replace a thief with an incompetent pig-headed curmudgeon," Kakwenza tweeted on December 28.
On the same day, he had tweeted: "Good morning Muhoozi bum-lickers. Dare attempt to bully me again and I show you fire. I have more verbal artillery in my toolkit to bludgeon your empty heads and dirty mouths that spews hocus-pocus and balderdash. You're all bankrolled chamchas! Nonsense just."
"The Museveni's have imposed enormous suffering on this country. I pity their offspring!"
"Muhoozi has humongous hips and breasts. He's obese. How can a soldier who went to genuine military training and exercises everyday have such a sedentary figure? God punishes the corrupt in a good way with a badge of stupid figure."

In 2020, Kakwenza was arrested twice in a space of six months. He was first arrested on April 13 from his home in Iganga district, eastern Uganda allegedly by the Chieftaincy of Military Intelligence (CMI) and detained in Mbuya. He was later charged with doing an act likely to spread an infectious disease following a post on his Facebook page related to COVID-19.

He was later granted bail but again arrested in September of the same year and his lawyers said it was in relation to his book titled “The Banana Republic”, in which he had written about his previous experience under CMI custody earlier.

He had also previously written a book titled “The Greedy Barbarian” in which he talked about a fictitious greedy and incompetent dictator Kayibanda who clings to power for 43-years.

In October 2021, Kakwenza was awarded as the winner of International Writer of Courage at the PEN Pinter Prize function and this annual award is normally presented to a person who has been persecuted for speaking out about their beliefs.

Kakwenza has since sued the government seeking compensation for infringement of his rights after he was illegally detained in 2020 where he was reportedly tortured and kept incommunicado. But his case file is yet to be determined by the civil division of the High court.

12
+3 #11 Ibra 2021-12-30 23:03
The foreign press has started covering the forceful arrest of the journalist bringing Uganda government onto the spotlight again for human rights violation.

This could harm inward investment and the charitable donations to the bankrupt regime. I

t’s not too much to ask a government propped up by the trigger happy generals to behave in a civilised manner as the rest of the world is watching.
Report to administrator
+4 #12 Sam mbaziira 2021-12-31 00:42
Kitalo
Report to administrator
+1 #13 Fawkes 2021-12-31 01:02
When a whole general goes ballistic over a few pointed “words of praise” from a civilian, how sure are we that he can stay focused and defend our country from a serious aggressor?

As taxpayers, we expect senior army officers of his rank to have thick skins and be specifically trained to recognize and ignore taunts, propaganda, innuendo, or things that potentially distract them from their prime duties.

Unfortunately, it appears that our infamous big-breasted afande with wide hips may have not taken his Basic Provocation 001 course exercises and exam seriously.

Thanks to misfiring, a sizable voting population has now been alerted about his exploits. Many appear not so sure that the drunko is fit for his current job, let alone the one he hopes to get on a silver plate.

Rejection by Ugandans in a free and fair election is a near certainty. Oh, he is free to do what he wants, but leave us and our resources alone. Inherit a government? No. Booze all the way to Presidency? Really? Hapaana!
Report to administrator
-6 #14 kambarage 2021-12-31 04:33
People like Kakensa and Stella Nyanzi insult the first family to get national attention.

It's an effective strategy for assylum seekers who need evidence to hoodwink UNHCR and international actors that the government is after them. It's an easy game.

Provoke them, hide in your house, claim to have been kidnapped, drive to the embassy/border, fly abroad, claim to be on the run and you have your free, funded life forever as a UN funded migrant on assylum
Report to administrator
+2 #15 WADADA rogers 2021-12-31 12:37
Yet when they praise him that he is Presidential material, he is okay with it and nobody is arrested for tampering with the succession Que
Report to administrator
+2 #16 Henry Baisi 2021-12-31 18:32
Ladies and gentlemen, I have just obtained a copy of the "Gready Barbarian", available for free on Amazon Kindle.

I can confirm it is very good writing, the best of UG since Okot Bitek's "Song of Lawino". Kwizera's writing is in the class of Wole Soyinka.
Report to administrator
12