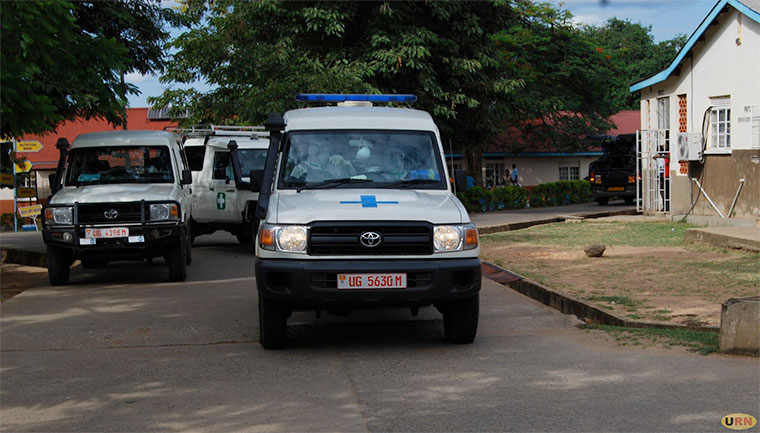 Police in Arua has arrested five people over the disappearance of an ambulance belonging to Arua regional referral hospital.  The Toyota Land Cruiser reg. no. UG 6812 M disappeared from the hospital parking yard on Saturday, March 27, 2021.

However, the ambulance was only reported missing two days later on Monday after the Arua resident city commissioner, Martin Oroch requested for it to transport two enforcement officers attached to Uganda Revenue Authority (URA) who'd been attacked by the mob from Ayivu East to Arua hospital.

The brand-new ambulance that cost more than Shs 300 million was given to Arua hospital by the ministry of Health last year for highway emergency service response and had barely lasted for five months when it was stolen. Three security guards who were on duty on the night of Saturday and Sunday when the ambulance disappeared, were the first to be arrested and charged with neglect of duty.

They were however released when police failed to find proper clues about the disappearance of the ambulance. Over the weekend, police arrested five other suspects whose identities have been withheld. Jude Nasucha, the commandant Arua central police station who commanded the arrest, declined to reveal the identities of the suspects arguing that it will jeopardize further investigations.

URN has since established the identities of the suspects as Dr Dennis Ocatre, the head of the dental health department, and two other staff from his department only identified as Alex and Philliam. The other suspects are a security guard and the ambulance driver. According to Nasucha, police took time to investigate and track the suspects before zeroing on the five who have since confessed to the crime.

In February last year, an autoclave machine and assorted tool kits worth over Shs 500 million also disappeared from Arua hospital and were recovered from Nebbi. Several other types of equipment were also discovered missing and re-supplied to the hospital, which led to the arrest of eight senior staff at the hospital.

+3 #1 kabayekka 2021-12-06 21:40
Of course the criminal fraternity have crushed the hospital community ambulance and sold it for automobile spare parts either in Uganda, Sudan or the Democratic Republic of Congo.

The authority is going to try and forget about it all. And continue to employ the guilty staff as the Ministry of Health does not have staff who are prepared to work on very low wages in this country!
Report to administrator
+1 #2 WADADA rogers 2021-12-06 23:35
Wow, every civil servant with access to public property is always glad to steal
Report to administrator