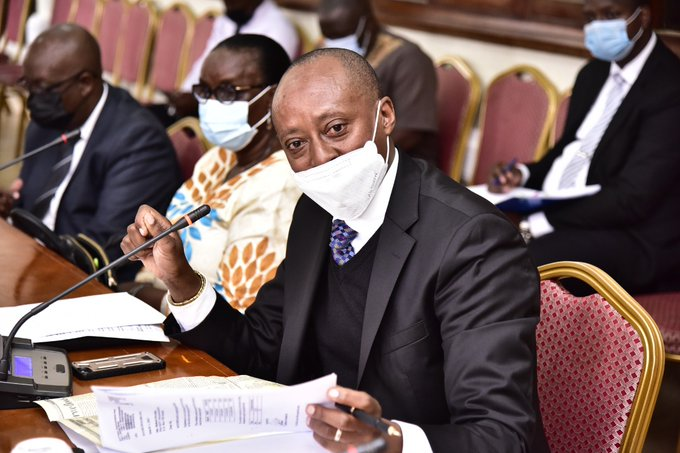 The Inspectorate of Government has given Mbarara City North MP Robert Mwesigwa Rukaari up to December 6 to submit relevant documents regarding how he managed to acquire Uganda Railways Corporation (URC) land in Nsambya, Kampala.

Rukaari is one of the beneficiaries of the 57 acres of land that the government sold in 2009 in Nsambya and Kibuli at a cost of Shs 69.5 billion as a means to salvage the then struggling URC. At the time, Rukaari reportedly acquired three plots of the URC land in Port Bell and Mulago at Shs 357 million.

However, a decade later, URC has reportedly not received the payment from the sale of the land in question prompting an investigation by the parliament’s committee on commissions, statutory authorities and state enterprises (Cosase).

On Tuesday, the legislator was questioned alongside other beneficiaries of the land by the committee led by chairperson Nakawa West MP Joel Ssenyonyi. He, stunned the committee after he said he does not remember nor have receipts for the purchase of the said land.

Later, he displayed before the committee receipts for the payment of 10 per cent for the three plots of the acquired land. The MP also narrated to the committee that after obtaining the land in Nsambya, he donated it to his staff because the two plots were less than an acre.

Now, a letter written and signed by Anne Twinomugisha Muhairwe, the deputy inspector general of government on November 30, 2021, indicates that the IG has pocked interest in the matter and commenced investigations on the same.

He has been asked to present applications for land, sales agreements, receipts or proof of purchase, evidence of ownership of the plots and any other documents that relate to the above matter.

"This investigation is premised on the allegation that you illegally acquired plots of land from the Uganda Railways Corporation which caused financial loss to the government of Uganda...The required documents should be delivered to the Inspectorate of Government as soon as possible but not later than December 6, 2021,” the letter reads.

It could be that there's an attempt to hoodwink the public.
Report to administrator
0 #2 Jose 2021-12-05 05:19
Why doesn't IGG go for smaller people they can handle, but Rukaari of mbarara,
The issue is "Ani agula ensi bagitunda...."
Report to administrator
0 #3 kabayekka 2021-12-05 12:00
All this blatant corruption of which this government agrees 100 percent that it exists in the official administration, cannot be stopped by the judiciary.

The judiciary is in the same boat and to rock the boat as it sails smoothly is suicidal. One wants to ask how many judicial corruption cases has the IGG done and taken to the courts of law?

And if corruption in this country costs the country trillion of shillings, how much of it has ever been recovered and put back into the treasury?

In other words, it is only a brand new government that can purge the corruption which has reached a pandemic and a moral bankruptcy malaise. Otherwise we do not have a country worth a name.
Report to administrator