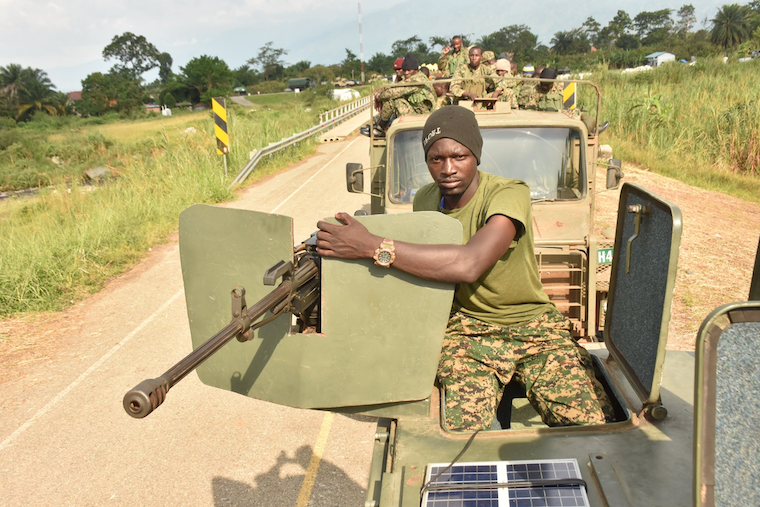 Ugandan army troops on the way to DRC

The Uganda People’s Defense Forces (UPDF) has halted the use of armoured vehicles in the ongoing ground offensive against the Allied Democratic Force (ADF) rebels due to the poor roads in the eastern Democratic Republic of Congo.

On Tuesday, UPDF, in a joint operation with DRC forces, launched a series of aerial strikes against the ADF militants in Congo. The operation was intended to drive the militants out of their bases. It came after a series of terror attacks in different parts of Uganda, all of which were blamed on the ADF.

Addressing the media in Bundibugyo on Friday, Maj Peter Mugisa the spokesperson for the joint operation said that the UPDF has opened a base at Mukakati village in North Kivu Province which is 18km to the ADF camps and 9km to River Semuliki.

He however says that UPDF trucks and other heavy equipment are stuck and can’t cross from Mukanga village to the ADF camps due to the bad roads.

Mugisa added that they will halt the operation for a week as they wait for UPDF graders and other equipment to open the roads and also repair the Semuliki bridge.

"So far UPDF has established its forward operating base in a village called Mukakati as a launching pad because the road is not good, it can't allow our machines to move so we need to at least halt a bit for a week, we bring in our graders and try to open up," said Mugisa. 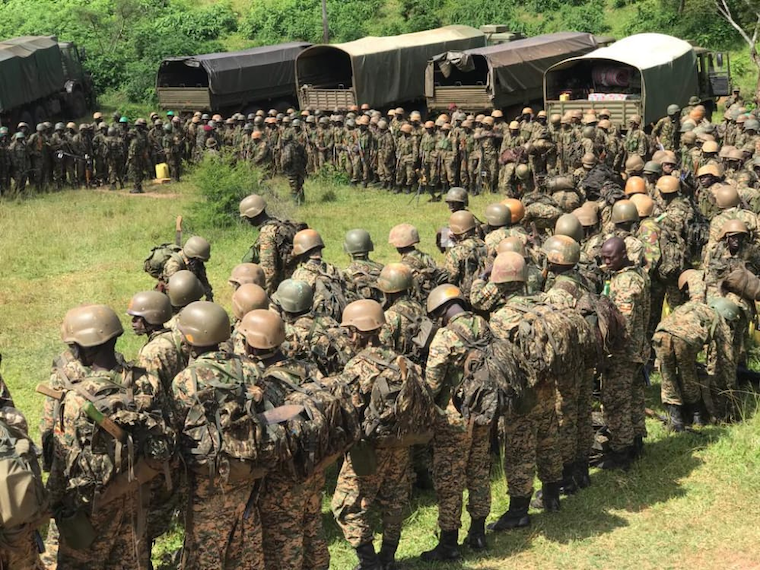 On Thursday, Léon-Richard Kasonga, spokesman for the Congolese army, said that the Armed Forces of the Democratic Republic of the Congo (Forces armées de la république démocratique du Congo) and UPDF had started a ground offensive crackdown against the ADF.