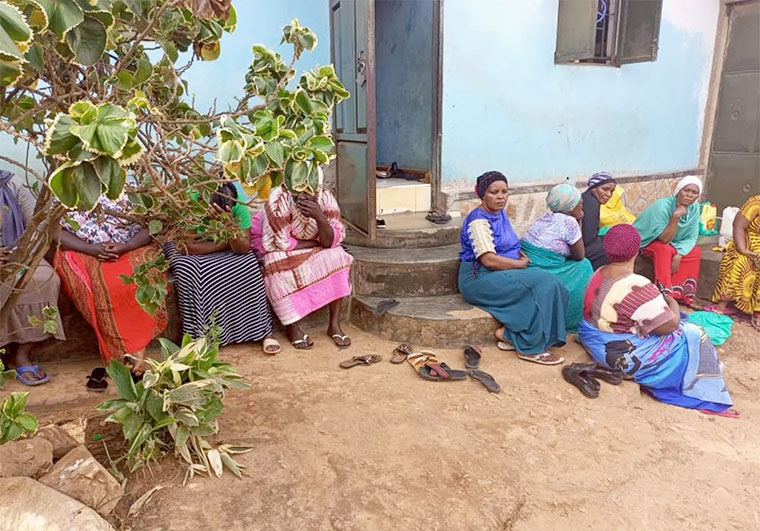 Mourners at one of Sheikh Kirevu's homes recently

The widows of the late Sheikh Abas Muhammad Kirevu and his sister have filed an application challenging their continued detention without trial beyond the mandatory 48 hours.

The widows; Amina Nabadda and Sofia Nakachwa and their sister-in-law Mariam Najjuuko were arrested during an operation in which Sheikh Kirevu was arrested from his home in Busabala-Makindye Ssabagabo Division, Wakiso district over their alleged links to the Allied Democratic Front (ADF) rebels.

Kirevu would moments later be gunned down by security on November 18 with security claiming that he tried to escape. However, the deceased’s family dismissed the police narrative, saying that Kirevu was gunned down in cold blood since he was already in handcuffs when he was killed and unable to fight the arresting officers.

Now, through their lawyers of Nalukoola, Kakeeto Advocates, and Nyanzi, Kiboneka, and Mbabazi Advocates, the trio is seeking court orders to be produced immediately.

In a sworn affidavit, Ibrahim Kirevu, a family member alleges that the three persons were kidnapped by government security agents and bundled into a car after the killing of Sheikh Kirevu. He states that the whereabouts of the three persons remain unknown and there is fear that after that they could have been killed.

“That the applicants may be under intense torture and inhuman treatment by the security operatives as is being done to the Muslims arrested as terrorists/ADF,” states Ibrahim Kirevu.

Ibrahim states that he has visited several police stations, which are officially gazetted detention facilities but failed to trace the trio and no charges have been communicated to any family members as the next of kin.

“That all the applicants are breastfeeding mothers of two years, one and half years and one-year-old babies respectively,” reads the sworn statement.

The lawyers state that it is in the interest of justice that the court reviews the legality of the applicants’ arrest, imprisonment, and detention. Sheikh Kirevu was the Imam of Masjid Jamia Gangu.