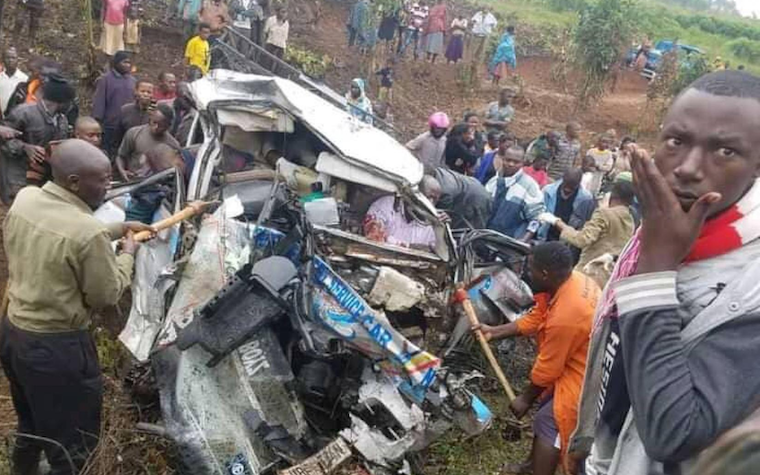 Responders attempt to rescue victims from the accident wreckage

Five people died in a motor accident along the Kyegegwa-Mubende highway on Saturday.

The deceased have been identified as Amidu Kawuntura, a driver, one passenger only identified as Kagimu, and Assira Caroline Prima, whereas two victims' identities had not yet been established.

Eight other passengers who sustained serious injuries were rushed to Kyegegwa health centre IV for treatment. Among these were Jonah Akansasira from Kamwenge 02, Odeke William police officer attached to Wandegeya, one Amuza aged 39, Olivia Biira aged 31 years from Bwera, Masika Misiriri and others

Police says the bodies of the deceased have been taken to Kyegegwa health centre IV for postmortem as investigations into the cause of the accident are underway.

Twesige cautioned the public against reckless driving ahead of the festive season to mitigate deadly accidents in the region.