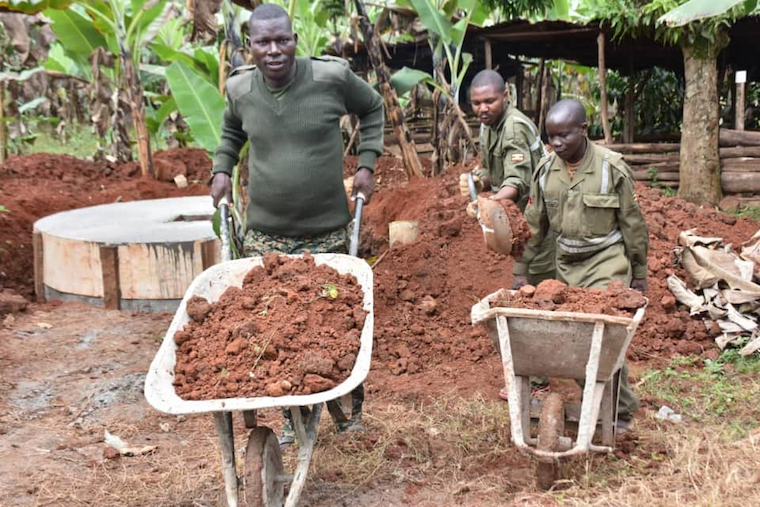 The ministries of Health and of Education have been ordered to hand over the government-funded projects to the army's engineering unit for implementation by the end of this month.

This is part of the directive issued by President Museveni earlier in the year, that the construction projects in the two ministries be undertaken over by the National Enterprise Commission (NEC) and implemented by the Uganda People's Defence Forces (UPDF) engineering brigade.

Ministry of Finance, Planning and Economic Development has now directed the two ministries to implement the directive, which has since been amended in response to concerns from donors and experts over its likely effects.

Since the president's directive was made public back in July this year, it raised controversy amongst the engineering fraternity and the public over its objectives, expected impact on the industry, and its legality.

There are fears that the directive by the president violates the national procurement laws that provide for competitive bidding for projects, but also that it is likely to crowd out private sector players.

In a November 8, 2021 letter, Museveni directed the ministry of Finance to process finances for the projects that are wholly funded by the government immediately. This also has seen the Public Procurement and Disposal of Assets Authority (PPDA) and the ministry of Finance, make adjustments in the procurement procedures to fit the president's directive and avoid legal mistakes.

Head of communications at PPDA, Chris Magoba says the directive of the president is being implemented in accordance with the laws.

"The law is being followed. We have issued a circular to guide the entities that include the ministries and local governments (where the projects are located) on the subject," said Magoba.

Now, Finance has, in turn, directed the ministries of Health and Education to hand over the government-funded projects to the army by November 26 for implementation. Regarding externally-funded projects, the minister says these will follow stipulated procedures.

"Procurement for these projects in 2021/22 should commence immediately. Procurement should be done in line with procurement arrangements stipulated in the respective financing agreements and the program operational manuals," says Finance minister Matia Kasaija.

But he stressed that this arrangement only applies to ongoing development financed projects in the two sectors.

"Any new projects in this category should comply with the directive of the president," says Kasaija.

Projects with ongoing contracts will continue to be executed under their existing agreements. The same applies to projects jointly funded by the government of Uganda and development partners. In his latest letter to the treasury, the president insisted that future projects should comply with the new directives, hoping that ongoing talks with the donors favour his position.

The World Bank recently expressed concern over this directive, saying it could affect its future programs with Uganda as it is not in line with their development aid guidelines. But Museveni says the government will continue negotiating with the World Bank but he insists the current guidelines and procedures for externally funded projects gives less value for money.

"We cannot unilaterally impose our new policy directives on them. We shall discuss with them and ask them," Museveni says in his letter.

The president wants development partners to guide on the cost of their grants and loans advanced to Uganda compared to what the country gets, saying a lot goes through the lengthy procurement processes, and mobilisation of funds by the private contractors, most of whom use commercial bank loans.

"If they say; yes two schools are better than one school for Uganda, then they work with us. If they say one school out of the grants, worse still, the money we have borrowed, is better than two schools, so that we support profits of private companies and banks, we shall note that answer and in time, and we know what we shall do," he says.

Museveni does not rule out rejecting development aid in the future should he fail to get his way.

"If they still insist on the formula of 'one school is better than two' in the same way, we will discuss and decide collectively on whether we should tactically accept such parasitic logic or not," the president said.

"On wholly government-funded projects, there should be no discussion. Work with either UPDF or NEC. These ongoing projects, ask the Attorney General about the legality of changing the strategy. Those already awarded, we can let go," Museveni concluded.

In other words, this country is doomed once again under another military dictator. I.e. it is not by random coincidence that Bloody Dictator Gen Tibuhaburwa also ascended to our State House on the 25h January 1986:

It is phenomenon, because; just like during Bloody Dictator Amin's era of terror and murder, everything was by Decree; now full of himself and thinking he is becoming God, Dictator Museveni has started ruling by Decree.

So let it written, so let be done!

E..g., now obsessed with "science"; the dictator has decreed for the increment of our so call "Scientists" pay" at the peril of the rest of Ugandans' other professions.

M7 should ask himself why his cadres are so corrupt. If all non-science students have to pay for their education then on qualification you give them management jobs, what do you think they are going to do in those positions?

That is how a mindset of a non-scientist ticks!
Report to administrator
+1 #4 rubangakene 2021-11-22 21:57
This is the same Defence Engineering Brigade that was directed to repair the Uganda Rail Network twenty -odd years ago between Kasese and Kampala, Tororo to Pakwach? how come we have not 'seen the fruits'?

By now the trains should have been traversing the country, ferrying produce and essential goods either way; instead our roads are clogged with juggernauts and accidents galore! TALK, TALK, 'HAKUNA KAZI WALA UKWELI'!
Report to administrator