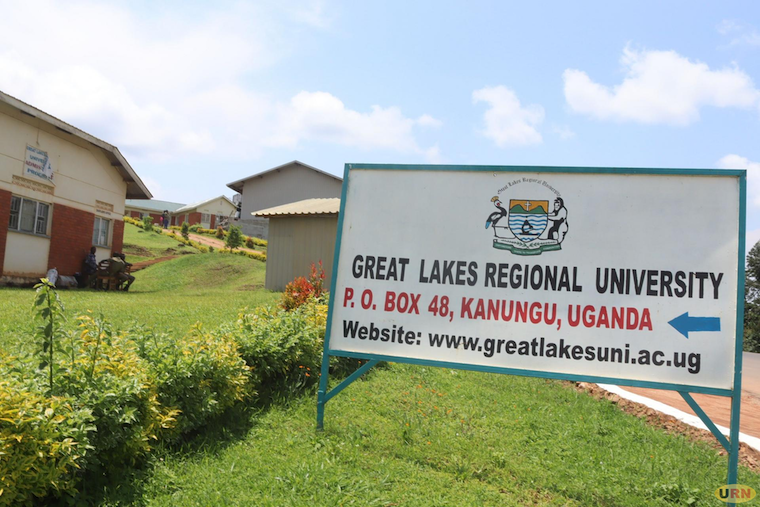 The National Council for Higher Education (NCHE) has blocked the scheduled graduation ceremony at Great Lakes Regional University over ownership disputes amongst the university directors.

However, the university funders, Child to Family Community Development Organization (CHIFCOD) forced him to resign in June last year over allegations of financial impropriety. The dispute has drawn the attention of the NCHE.

In a leaked November 11 letter addressed to the vice chancellor Dorothy Kabugo, Prof Mary Jossy Nakhanda Okwakol, the executive director of NCHE, says that due to the complaints regarding the governance and management challenges at the university, the council has established that the university is not suitable to hold any graduation ceremonies at the moment.
The university director, Natukwasa had set to hold the graduation on November 19, 2021, while Kabushenga scheduled another graduation event on December 11, 2021.

Prof Okwakol directed the university to halt the graduation until the outstanding issues are resolved. Saulo Waigolo, the public relations officer of NCHE confirmed the decision, saying that the decision was reached after realizing that the warring factions had set parallel graduation ceremonies for the same students.

On Friday evening, Kabugo released a written statement informing students that the ceremony had been halted until further notice. Natukwasa also told our reporter that his faction has no problem with the order from NCHE since it is aimed at creating sanity.

In September this year, Kabushenga tendered in his resignation but made a U-turn a week later and declared that he is still the official founder and chancellor of the university. Kabushenga stormed the university campus accompanied by unidentified people and chased away all the students and staff who had arrived at the institution for the official opening.

He argued that Natukwasa is not supposed to open the institution and that the university vice chancellor, Dorothy Kabugo had been sacked. Kabushenga revealed that he had appointed Godfrey Karabenda Tumwebaze, the Kanungu town council mayor as chairperson board of trustees.  A section of the students attempted to lynch Kabushenga.

On, November 4, officials from NCHE led by Innocent Mary Tumwesige Asiimwe, a technical officer visited the institution and launched investigations into the dispute. They held a closed-door meeting with Natukwasa, Kabugo and other officials at the university premises and later also met Kabushenga in Kanungu town council.

This prompted Natukwasa to petition the civil division of the High court in Kampala requesting for a temporary injunction barring Kabushenga from accessing the university premises. The matter is scheduled for hearing on November 24.

Erasmus Twaruhukwa , the director in charge of legal services and human rights in the Uganda Police Force also wrote to the director directorate of the criminal investigations department on November 10 to swiftly open a general inquiry file and probe the fraudulent takeover of Great Lakes University and other five education institutions under CHIFCOD in Kanungu district.

Police has since maintained a presence at the university.

0 #1 Lakwena 2021-11-17 11:10
It only happens in Uganda: where, instead of being intellectual battle grounds; universities are battle grounds for Petty Cash, Lindazi and other flimsy bigenderakko.

In other words, most, if not, all the current Universities in Uganda have become ends in themselves not the means for a better Uganda.
Report to administrator