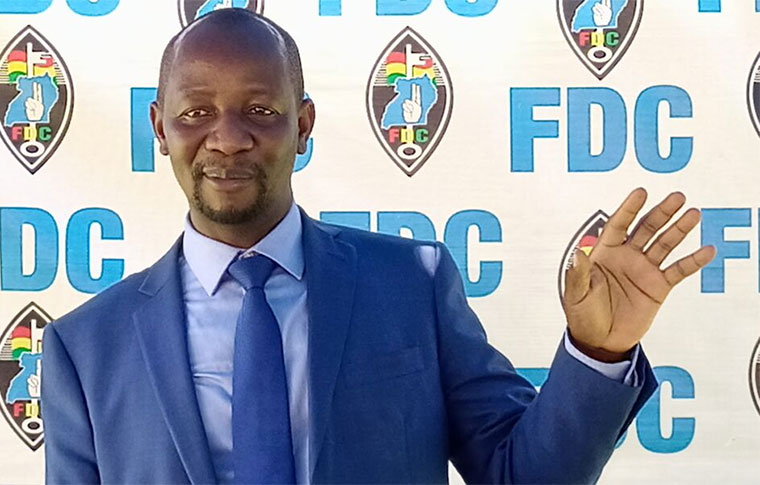 In a statement to NRM leaders, Museveni attacked the mailo land tenure system and declared Buganda Land Board (BLB) illegal. Now, FDC says Museveni's statement should be ignored as it may result in violence and breaking of the law.

Speaking to reporters today at the party headquarters at Najjanankumbi, FDC spokesperson Ibrahim Ssemujju Nganda said that land problems in the country cannot be solved by just changing the land tenure system but by planning for the growing population.

Ssemujju said Museveni should stop politicizing land problems and offer feasible solutions to the land problems. He attributed the rise in land conflicts to the rapidly increasing population of the country which according to the Uganda Bureau of Statistics (UBOS) is at 3.1 per cent per year.

According to Ssemujju, land problems in Uganda are also caused by a big percentage of poor people and the impunity of well-connected people who use their power to steal land and evict people.

"We think poverty, the surging population, and impunity of well-connected individuals are the main cause of the latest conflict of land wrangles in Uganda. So the Museveni statement in which he says Buganda Land Board is illegal, mailo land...can only exacerbate the problem," said Ssemujju.

"So Museveni should act as an example if he wants land distribution like happened in Zimbabwe, let him surrender his farm then ask other mailo landowners in the country to do the same. Museveni alone occupies eight villages in Gomba for his Kisozi ranch, miles of land he didn’t have 30 years ago. Museveni should act as an example of his land policy by subdividing his Kisozi and Rwakitura miles of land and distribute it to the landless...But even that won’t resolve the land conflict," Ssemujju added.

As a solution to the land problems, Ssemujju has suggested that besides industrialization, the government should grow the service sector through the Condominium Act where people can buy space on top of buildings instead of owning land.

"Apart from industrialization, grow the economy, grow the service sector - that’s what people do. The 7th parliament even enacted what they call the Condominium Property Act [which] allows people to build skyscrapers and on each floor you can issue titles…because parliament and government run by Museveni envisaged a situation where it will no longer be possible to fit on the land as it is. So you begin building going up and that is what should be happening in towns," he added.

FDC's strong position comes in the wake of Museveni's determined push against the freehold land tenure called mailo in Buganda region. Museveni in a letter dated November 8 directed the NRM central executive committee (CEC) to fight Buganda Land Board and tasked all CEC members to identify the “legitimate interests of the different groups of people” which he referred to as the crux of mobilization.

The statements by Museveni are in line with the views of junior lands minister Sam Mayanja who on October 7 claimed the board is in place illegally. However, Buganda kingdom has already guided that Buganda Land Board is duly registered and the NRM politicians should not confuse with the defunct Buganda Land Board that was abolished after the 1966 crisis.

He said the common denominator is that all these countries were once ruled by life presidents; Gen. Al-Bashir in Sudan (30 years), Mobutu Sese Seko of Congo (25 years), Meles Zenawi of Ethiopia (17 years), Siad Barre of Somalia (21 years) and were all removed from power creating a vacuum because the removal affected institutions of the state that had been affected by the life presidency.

"The FDC would like to advise Museveni once again to begin a dialogue that should result into peaceful transfer of power if Uganda is to avoid the Congo, Sudan and Somalia situations. As a party, we will be willing to participate in an honest genuine dialogue that will save our country from violent change of government, the only realistic option remaining to end Museveni’s rule. It is possible to avoid violence if Museveni tames his appetite for power. The population is desperate and no amount of handouts through Myooga, Parish model will stop a pending explosion. Only dialogue and a peaceful transfer of power will," he said.

0 #1 Joseph 2021-11-16 22:04
Indeed Uganda is a banana republic, it's museveni who decides who should own land, who should be evicted, who is the landlord, who should become a Bishop , the least is endless.

But I wonder what is the role of the attorney general, why is Uganda law society quite on such a dedicated matter.

Powers of the almighty save us, we love our country, we really love it, because we have no other to call home.
Report to administrator