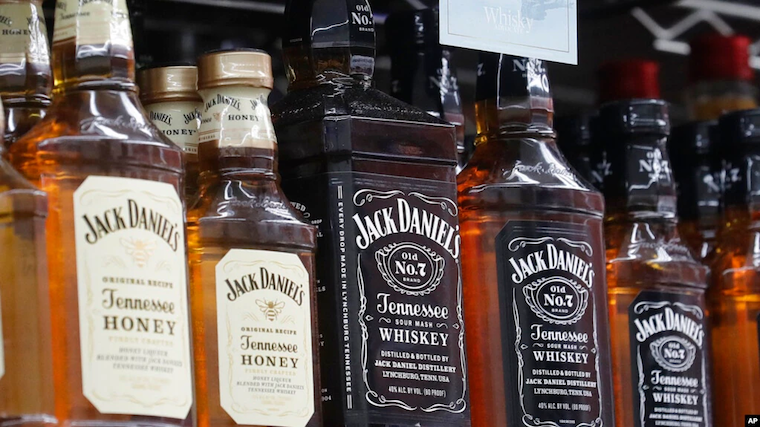 Jack Daniel's is the world's most popular whiskey brand, but until recently, few people knew the liquor was created by Nathan "Nearest" Green, an enslaved Black man who mentored Daniel.

"We've always known," says Debbie Staples, a great-great-granddaughter of Green's who heard the story from her grandmother.

"He made the whiskey, and he taught Jack Daniel. And people didn't believe it …it's hurtful. I don't know if it was because he was a Black man."

But people believe it now — in large part because Brown-Forman Corporation, owner of Jack Daniel's Tennessee Whiskey, has acknowledged the foundational role Green played in the brand's development.

"We're very proud of this story and are very committed to amplifying it and acknowledging that. In the past, we did not amplify it the way that we could have in earlier eras, but we're about the future and moving forward."

The story begins in Lynchburg, Tennessee, current home of the Jack Daniel Distillery. In the mid-1800s, Green's slaveholders hired him out to a local preacher named Dan Call. Green, who had a reputation as a skilled distiller, made whiskey for Call, using a sugar maple charcoal filtering process that is believed to have originated in West Africa.

Daniel, a boy who worked for Call, became Green's apprentice and learned the special technique that gave the Tennessee whiskey its smooth taste. After emancipation in 1863, when all enslaved people were freed, Daniel purchased Call's distillery and hired Green as Jack Daniel Distillery's first master distiller.

"The best knowledge that we have is that they had a mentor-and-mentee sort of a relationship, and I would say, a friendship," says Blevins. "The stories that have been passed down [talk] about the care that Jack Daniel took to always acknowledge … the Green family."

There are no known pictures of Green, but there is one of Daniel with Green's son, George, sitting next to Daniel, rather than being relegated to the back.

"That photograph shows the respect that they had for one another and for their families," says Stefanie Benjamin, an assistant professor of tourism management at the University of Tennessee, Knoxville.

"To be not only allowed in that photograph, but also positioned in the foreground and sitting right next to Jack Daniels himself."

Search for the truth

Green's role in the history of the brand was uncovered by a writer and entrepreneur named Fawn Weaver, who became fascinated by Green's unheralded contribution to the world's most popular whiskey. After extensive research, including interviews with Green's descendants, Weaver shared her documentation with the company.

"I was very pleasantly surprised when they embraced my research and updated their records to reflect that," Weaver told VOA via email. "I think it said a lot about the character of their company that they moved that quickly to course correct."

Jack Daniel's has incorporated Green's contributions into the official history of the brand, but Weaver has gone a step further.

She invested $1 million of her own money to establish Uncle Nearest Premium Whiskey, which is now the fastest-growing independent American whiskey brand in US history. The company's master distiller is Victoria Eady Butler, Green's great‐great‐granddaughter.

"Uncle Nearest is the most-awarded American whiskey or bourbon of 2019, 2020 and 2021, and the fact that it is the bloodline of Nearest Green blending and approving what goes into our bottles is something I marvel at regularly," Weaver says.

"Victoria is an absolute natural when it comes to blending, and to watch her work is to see something pretty darn close to perfection."

Seven generations of Green's family have worked at the Jack Daniel Distillery, a tradition that continues today with Staples and two of her siblings. But the Green family did not benefit when the Daniel family sold the Jack Daniel distillery to Brown-Forman for $20 million in 1956.

Weaver's Uncle Nearest Premium Whiskey has joined forces with Jack Daniel's to launch a program that provides support, expertise and resources to African-American entrepreneurs entering the spirits industry. Staples says her family is thrilled their great-great-grandfather is finally being recognized.

"It's kind of mind-boggling … and we are so proud," Staples says. "And to think that from here to Africa, that recipe goes all the way back. And to think that he played such an important role in establishing this company. It sometimes seems unreal. It really does."

Because of Weaver's tenacity, Green's story, although left untold for more than a century, will not be lost to history. But that's not the case with so many other stories of Black achievement and contributions to the nation.

"Part of telling his story and sharing his legacy is to give credit and to give attention to a person who, if it wasn't for him, we wouldn't have the Jack Daniel whiskey as we know it today," Benjamin says.

"It showcases yet another example of how formerly enslaved people, Black people, African American people who have really built this country, are left out of the dominant narrative that we tell."