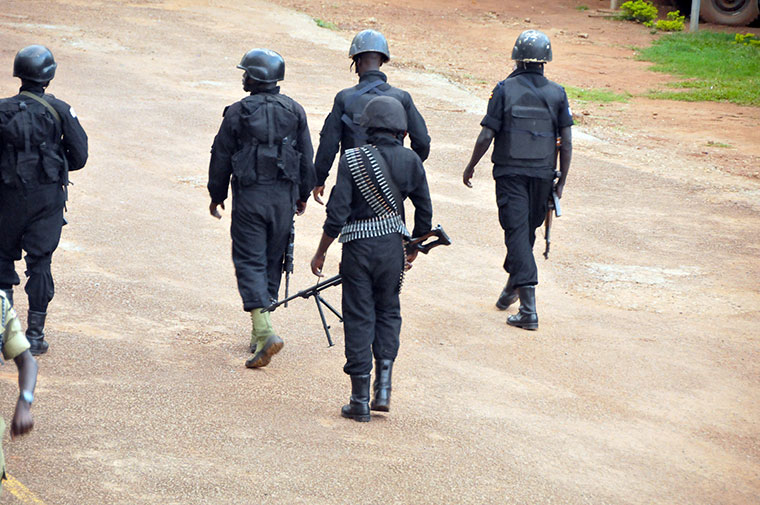 Three days after the United Kingdom issued a terror alert for its citizens in Uganda, police boss Martins Okoth Ochola, has directed the force’s counter-terrorism (CT) unit to increase vigilance on vital spaces.

The UK indicated that terrorists are planning an indiscriminate attack on among others; places frequented by foreigners.

“Terrorists are very likely to try to carry out attacks in Uganda. Attacks could be indiscriminate, including in places visited by foreigners. You should be vigilant at all times, especially in crowded areas and public places like hotels, transport hubs, restaurants and bars, and during major gatherings like sporting or religious events,” read the UK terror alert.

Ochola has now tasked CT headed by assistant inspector general of police (AIGP) Abbas Byakagaba, to assess the seriousness of UK terror warning but also ensure that all spaces that could be explored by terrorists are closely monitored.

Police spokesperson, Fred Enanga, said there isn't any detected terror threat towards Uganda but police will continue monitoring all spaces. Enanga added that since there is no serious terror suspicion, they will not elevate levels to maximum as it happens in other scenarios when threats are geared towards Uganda.

“That's an advisory to their citizens traveling to and in Uganda, however our threat levels are not elevated and this does not warrant a terror alert," Enanga said. "Our counter terror teams continue to effectively monitor all spaces.”

The Somalia based al-Shabaab terrorism group claimed responsibility for the act that also left dozens nursing wounds. In UK’s terror warning, people are urged to be cautious when they are in places that attract huge crowds such as bars, restaurants, hotels and events that have large gatherings like sporting venues and worship centres.

Since the shooting at Gen Edward Katumba Wamala vehicle on June 1 this year, police has claimed that there is an Allied Democratic Force (ADF) terror cell based in Kampala city and its environs. The alleged terror cell is reportedly commanded by Sheikh Badir Diin Bukenya who is in hiding.

Police alleged that the attack on Gen Katumba was orchestrated by Sheikh Bukenya’s terror gang and in response 12 people were arrested for the crime that left the four-star general’s daughter Brenda Nantongo and driver Sgt Haruna Kayondo dead on spot.

About week ago, Hamid Nsubuga was shot dead by security in Kyebando on claims that he was a terror suspect on mission to shoot a local politician whose name was concealed. Earlier on, police and the army arrested another man on allegations of planning to blow up mourners at the funeral of deputy IGP Lt Gen Paul Lokech.