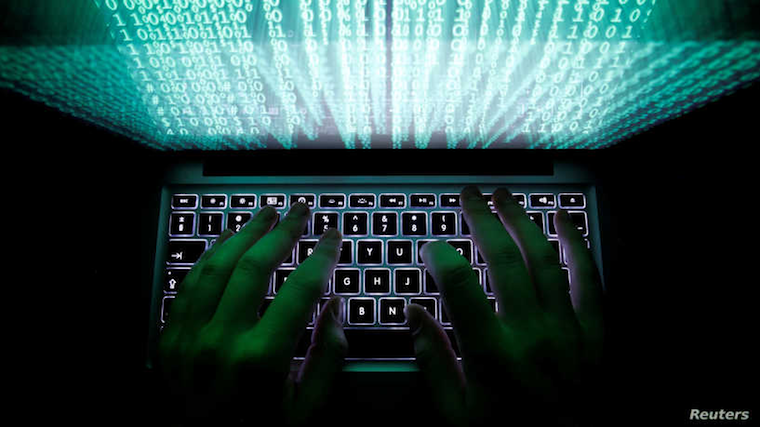 Statistics on cyber-crimes contained in a report by Interpol director Charles Birungi, indicate that $4 million (Shs 14.4 billion) has been lost to online fraudsters in the last twelve months.

Interpol indicates that the Shs 14.4 billion has been lost in more than 200 cases of hitech, international and economic crimes of which bank fraud, issuance of fake visa and online business fraud topped the list.

A police IT expert who preferred anonymity said Ugandan bank systems are being hacked almost every month but they have chosen silence as a way of not causing anxiety amongst their clients. The policeman’s argument is based on the fact that in the last twelve months, banks have lost more than $3 million (about Shs 10.9 billion).

“Of the $4 million [total] you are seeing, $3 million was recorded in just 10 cases of bank fraud," The IT security officer said.

"These are the banks that were bold enough to come out and seek our intervention in tracing for hackers based here and outside countries. But majority of the cases are never reported. They know if they keep reporting, people will feel insecure when their money is kept in a bank that is often hacked.”

Paul Senoga, an IT expert and dealer in security systems like vehicle tracking, agrees with police that banks conceal a lot of information about their illegally accessed systems. Senoga says hackers keep testing the systems until they gain access using malware.

As a solution, Senoga urges companies to always hire permanent and competent people who keep testing their own system purposely to spot loopholes early enough.

“Once someone gains access to your bank account, they can transfer the money to anybody or any account they want. The banks have come with Apps to simplify banking but they are suffering. Money is being wiped off accounts. Banks are not just revealing what is happening but it's huge,” Senoga said.

Citing an example of recent unauthorized access to Kyambogo University’s system where data for more than 2,500 students was deleted, CID spokesperson Charles Twiine, advises companies to avoid hiring outsiders to run their systems. He argues that a person who is not a permanent staff would disrupt the system once a disagreement erupts.

General public to be regularly informed of these thugs and show them how they languish in prisons and show their funerals so that others learn their own lessons that crime does not pay!

Let them all rotten andvdir in prisons and return stolen money . Idiots!!
Report to administrator
0 #2 kabayekka 2021-10-18 19:23
It will certainly help these Ugandan Banks to come down to earth and avoid those who reckon international digital interaction is Lugambo.

This is still a country that during the national election one person can use only one button to stop all the digital systems of the country so that him or her and all the friends can rob, and rig democratic elections.

One would think that such expert hackers as those who are well paid by the Uganda Commission of Communications should think twice about the law in which they operate before they interfere with the national digital communications.

Insisting that the order is from above! Now that banks are continuously being hacked in left, right and center, who are those above the law who are successfully doing it every other month?
Report to administrator
0 #3 kabayekka 2021-10-18 19:44
One is of the knowledge that many digital communication design institutions of soft ware are now using expert hackers to develop better soft ware systems for the international markets.

Instead of getting hold of them and putting them in prison without ever giving them bail. And then throw away the keys of their prisons in the sea so that no one is ever likely to see their faces again!
Report to administrator
0 #4 Jerome Okot 2021-10-19 17:30
It is sad seeing this kind of loss with minimal effort being made by the financial institutions to avert the threats.

Banks should consider hiring competent Cybersecurity staff, conduct regular Infosec Audits, and follow security recommendations from experts both from the Uganda Police, and the Private sector.

Milima Security(https://milimatechnologies.com/) is one of the Cybersecurity firms that is helping several companies deal with such Cybersecurity issues.
Report to administrator