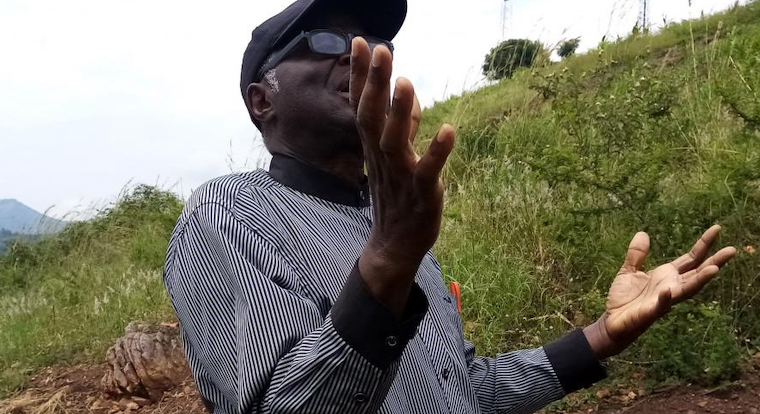 The king of Rwenzururu in Kasese district, Charles Wesley Mumbere has halted his 12th coronation anniversary day celebrations that were due to take place on Tuesday next week.

The kingdom was set to celebrate its first coronation anniversary in 5 years since the arrest of Mumbere when the kingdom prime minister Joseph Kule Muranga announced last week that Mumbere, who is out on bail, but under house arrest had called for coronation activities.

Mumbere faces treason, terrorism and murder charges arising from the November 27, 2016, military attack on his palace which left over a hundred of his subjects dead.

The institution has been cancelling the previous four coronation anniversary ceremonies slated for every 19th October, citing harsh bail terms slapped on the cultural leader. Mumbere was granted bail but was restricted from entering his kingdom.

The prime minister last week announced week-long activities that included planting trees among others. However, in a twist of events, Muranga has now announced that the institution will not celebrate the coronation anniversary as guided by Mumbere.

Without divulging details, Muranga said, the cultural leader and government had received “disturbing” information since the activities were announced, and in his wisdom, Mumbere requested the coronation celebrations to be canceled.

However, Muranga said the tree planting activities will continue to be undertaken until Monday, requesting the cultural institution subjects to use the coronation day to pray for the institution and its leadership.

Gad Kule one of the Rwenzururu subjects says the cancellation of the celebrations on the coronation day is disturbing since they have been hopeful of merry-making for the first time in five years.  He asks government to consider releasing Mumbere for the good of the cultural institution.

-2 #1 Wainanchi 2021-10-17 23:27
What coronation for the terrorist? Is he crazy?
He should be expelled from Uganda to where he came from after extensive terrorist training to cause break up of Uganda.

Expel Mumbere from Uganda!! We have terror king who is getting married, we have killers MPs who want royal treatment

Uganda is not circus Uganda is serous and responsible country who is not joking.

... Expel Mumbere from Uganda!! We have terror king who is getting married, we have killers MPs who want royal treatment

Calm down Wainanchi. the Mumbere and his subjects are the victims of your terrorism, organized murder and and the injustice of 6-year imprisonment without trial; of whom 9 of the 120 imprisoned, died in prison.

In other words Wainainchi, you are marching on forward to a Bloody Hell, where you will be stewed in the blood of your victims of mass murder.

Wachireba?
Report to administrator
0 #3 Willy not Silly 2021-10-19 11:21
You will not cease to hear about the triple charge of "treason, terrorism and murder" levelled against politicians in Museveni's Uganda.

And what annoys most is when same triple charge is shamelessly levelled against unarmed musicians, comedians and sportsmen simply because they support Museveni's political rival.
Report to administrator