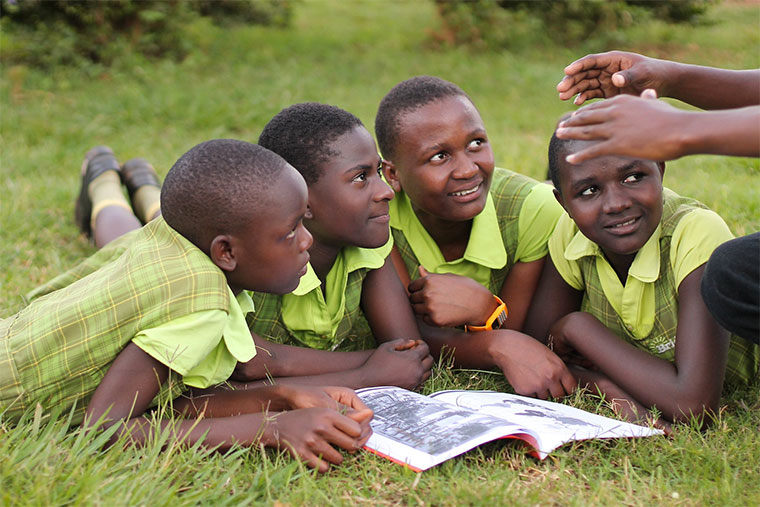 Government is in the final stages of rolling out a new system of management of learners’ information in the country’s education institutions, which will help the ministry of Education and Sports track all learners from primary to university level.

The development, according to officials, is to be preceded by the deployment of the re-developed Education Management Information System (EMIS), which is being procured for the education sector through the ministry of ICT and National Guidance under its National ICT Initiatives Support Program (NIISP) programme.

Officials from the ministry of Education and that of ICT, on September 29 made presentations at the ministry of Finance, Planning and Economic Development, at a meeting chaired by the new permanent secretary Ramathan Ggoobi.

At the meeting, David Mushabe, from SMSONE Ltd — the EMIS consultants, made a presentation, including a demo on how the EMIS software would work. The new ICT ministry’s permanent secretary Dr Aminah Zawedde attended the meeting.

Moses Watasa, the commissioner for Information in ICT ministry, hailed the EMIS as a major breakthrough that will entrench the use of ICTs in all education and other government institutions.

“As a ministry, we strongly associate ourselves with automating government systems, and for the education sector it [EMIS] is going to support the planning, budgeting and projections because the figures and statistics will be readily available at the click of a button,” Watasa said in an interview on Monday, October 4.

Ggoobi said in an October 3 interview that as the financier, the ministry is actively participating in developing EMIS and other related tools, such as TELA (Teacher Effectiveness and Learners Achievement) system to improve education quality in the country.

“The ministry is going to finance the rollout of these systems as well as other digital platforms intended to automate public services to achieve efficiency (lower cost of delivery), transparency and accountability. On these, add eGP (electronic government procurement) that we are going to roll out after a successful pilot in particular entities,” Ggoobi said.

Ggoobi is confident that the aforesaid efforts will minimize corruption and enhance service delivery, and noted that the ministry has also financed the rollout of the Health Management Information System (HMIS) as an Integrated Intelligent Computer System (IICS) that is going to trace government procured medicines and other health supplies from the National Medical Stores, to the patient as well as the attendance of healthcare workers.

Mushabe, the team leader for the developers, said in an interview that his team is drawing on earlier success in implementing a similar system in government institutions, for example the Uganda National Examinations Board (Uneb).

“This system was implemented in 2015 and currently processes data of candidate classes in all primary and secondary schools. The total number of learners being managed per year is over 1.2 million,” Mushabe said in an interview on October 3.

He disclosed that the Uneb system also provides user accounts to more than 15,000 schools including all local government users such DEOs and District Inspectors of Schools.

According to the information available, the EMIS tracker is expected to integrate all data and information about leaners in the education and sports sector and make it available to various stakeholders at various levels of decision and data consumption for the effective planning, management and accountability.

According to the presentation by Mushabe, the redeveloped EMIS is supposed to address the challenges faced by the Education ministry during the EMIS data collection, processing and analysis.

It is understood that the old EMIS tracker used the school census approach where hardcopy questionnaires were distributed to schools. However, this approach posed several challenges such as inflation of the number of learners by school headteachers.

Officials say that the old EMIS software was supplied by donors and when the project ended, there was no support in place to maintain the system, and it eventually collapsed. According to Mushabe’s presentation, the old system has not been updated in a very long time and there is no source code in place or user manuals, which would be helpful in upgrading the system.

It's Ugandans ensuring Museveni's lifetime rule/family business through the tribalistic system that disempowers them,knowing very well that only their UNITY for commonc ause will end the demon family's hold on Uganda!

But Ugandans are bolstering Museveni, making him lifetime ruler, with no chance of change for Uganda children, generation to generation!

Why do Ugandans hate their children so & ensure they get no chance to just living in a country that belongs to them?
Report to administrator
+2 #2 rubangakene 2021-10-14 16:02
Here wee go again! All these "gobbledegook" for what when we haven't addresses the basic issues affecting our crumbling education systems like literacy, numeracy, hygiene and so fort.

The Ministry must put in place a strong, physical school inspection first and foremost like we used to have in the 60/70s.

It all very easy for bureaucrats to endorse all these new "gizmos" from their ivory tower. No wonder thousands of girls get pregnant or dash off to be housemaids in the Middle East.
Report to administrator
0 #3 Akot 2021-10-17 18:34
Quoting rubangakene:

Here wee go again! All these "gobbledegook" for what when we haven't addresses the basic issues affecting our crumbling education systems like literacy, numeracy, hygiene...

The Ministry must put in place a strong, physical school inspection first and foremost like we used to have in the 60/70s.

It all very easy for bureaucrats to endorse all these new "gizmos" from their ivory tower. No wonder thousands of girls get pregnant or dash off to be housemaids in the Middle East.

The most disturbing is that +35 years on, powerless tribally divided ruled Ugandans just go along in peace, wait for the fake government to finally serve them!

How do those born under Museveni, now 35 years old, live & expect from him?
Report to administrator
0 #4 Kamara Jones 2021-10-23 15:43
You will be surprised on the embezzlement already going on on the EMIS project. Financial intelligence authority would have to swing in to find the money laundering in these projects.