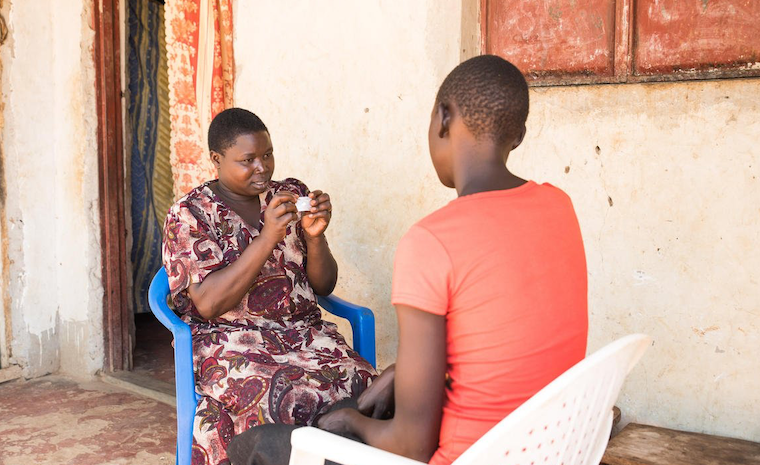 A teen seeking information about contraceptives

Desire Kabega, 21, (not real name) swears by a small contraceptive pill called Postinor whenever she has unprotected sex with her boyfriend who is also at university. Within the next 24 hours, she pops one of these pills and so the dating goes.

Like many young women today, Kabega’s biggest fear is an unwanted pregnancy, and not HIV/Aids, which has led to many abusing emergency pills that are not meant to be taken that many times in one’s monthly cycle.

“I use pills; I started with one called Postinor, but now I use one called Lydia because it costs Shs 6,000 and is cheaper compared to Postinor, which is at Shs 12,000,” Kabega told The Observer.

“They disorganize my cycle and at times my breasts start producing a white discharge. When I addressed this to a health worker, he told me it was because of using pills, but there is not much I can do, because I can’t allow myself get pregnant. My mother would kill me!” Kabega said.

Because many young women do not want to openly identify as ‘sexually active’, they also do not use the regular contraceptive pill or other forms of acceptable contraception such as condoms; instead, they have unprotected sex then ‘take care of it’ in the morning.

Now with cheaper brands such as Lydia or Ipill on the market, these emergency morning-after pills, usually marketed for women/girls that have been raped or forgot to use protection during sexual intercourse to avoid unwanted pregnancy, have been turned into a main line of contraception at university campuses and communities, The Observer discovered.

That they can be obtained easily over the counter from unethical pharmaceutical dealers, does not help matters. None of the women we talked to worried about HIV/Aids or other sexually transmitted illnesses (STIs); bizarrely, their only worry was pregnancy.

A university student who preferred anonymity, said during the first lockdown, she had sexual intercourse with her boyfriend and took a morning-after pill the following day. But after sometime, she saw her waistline getting bigger and thought she was just gaining weight. Soon, she was vomiting and feeling nauseous all the time. Surely she could not be pregnant, since she had swallowed the pill as usual.

When she went to see a doctor, he advised her to test for pregnancy and it turned out positive!

“When I talked to my boyfriend about it, he said I was careless because after taking the emergency pill, I was supposed to test if I was pregnant or not, because sometimes the pill doesn’t work. But how was I to know this? I thought it was 100 per cent assurance,” she said.

When she consulted the doctor about the morning-after pill she had taken, he told her she could have swallowed an expired one, and he gave her pills to put under her tongue to terminate the pregnancy.

“I bled heavily for almost a month but eventually I got fine,” she said. She still uses no protection, but buys an emergency pill whenever she feels exposed to pregnancy. Like the others, when asked, ‘what about HIV/Aids?’ she only offers a blank look. Others said they trusted their boyfriends enough.

A nurse at Mulago hospital, Sarah Komugisha, implied that like all abused medicines, when an emergency pill is abused, it too, like any drug, can develop resistance.

“University students who have made it a habit to use Postinor should know that this is not a good practice, because it ceases to be an emergency pill and one can still get pregnant at any time due to misuse.”

From a country that rode on the back of scaremongering about HIV and Aids in the 1990s to bring the pandemic down from double digits to the current 6.2 per cent, Uganda is now battling widespread complacency.

Jessica Kyomuhendo (name changed), a third-year university student, said: “I use Postinor because it reduces chances of pregnancy, is readily available on the market and affordable although it comes with side effects. It changes the menstruation cycle; at times, I miss my periods, sometimes I get body weakness, but for the time I have used it, I have been safe from pregnancies.”

Kyomuhendo said she does not use condoms, because with them there is no fun; she said the feeling is always different with condoms and her 33-year-old boyfriend also does not approve of them.

Kyomuhendo’s is so worried about getting pregnant that she believes condoms have invisible holes that could still leave her exposed to pregnancy. In her interview, the word HIV did not come up. To her, even condoms are to protect against pregnancy, not HIV.

An 18-year-old, who also requested anonymity, has an implant, just so she can enjoy condom-free sex. The implant was her boyfriend’s idea, but after a while she started having heavy, painful menstrual periods that usually fell outside her regular schedule, yet she cannot remove the implant after just two months.

She has to bear with the implant for a little longer, as her boyfriend’s life goes on unaffected. Unknown to many parents, girls as young as 15 are using different forms of contraception to avoid the stigma and consequences that come with a pregnancy.

Currently, so many schoolgirls in all Uganda’s districts are pregnant as the lockdown on schools continues, due to Covid-19.

Those who are not part of those statistics but are sexually active, have found a way to procure contraceptives and move on.

Emergency contraceptives are taken within 72hrs with the reactive drug levonorgestrel. They can have adverse side effects such as headache, acne, bleeding, absence of periods, ovarian cysts and intra-menstrual bleeding.

When we asked whether there is any age limit on who should use these contraceptives, Nurse Komugisha said one should be 18 years and above, and the pharmacies that sell contraceptives to women under the age of 18 are doing it illegally. When these contraceptives are misused, she said, they can cause unwanted pregnancies in the future and cancer.

“It is good for the young people to get information about reproductive health; to know the risks that come with these pills if misused,” Komugisha said.

Dr Kabenge, a pharmacist at Friecca Pharmacy in Wandegeya, said contraceptive methods have been almost legalized to whoever is sexually active; as long as one is sexually active, one should go and learn about family planning.

He said emergency contraception is what is being misused, because most young people don’t know the difference between emergency pill and the daily contraceptives. According to Kabenge, emergency pills should be used only in cases of rape to stop a pregnancy during a specified period of time.

“For emergency contraception, we give a higher dose, because this is an emergency – someone has already received sperms  into their bodies. [It is assumed that] someone has not been taking any other contraceptives,” he said.

But now, some young women take the emergency pill several times a week. Dr Andrew Kirima, the Outreach Lead at Marie Stopes clinic, said contraceptives don’t have any particular effects and asserted that there is no age limit for using them as long as one is sexually active.