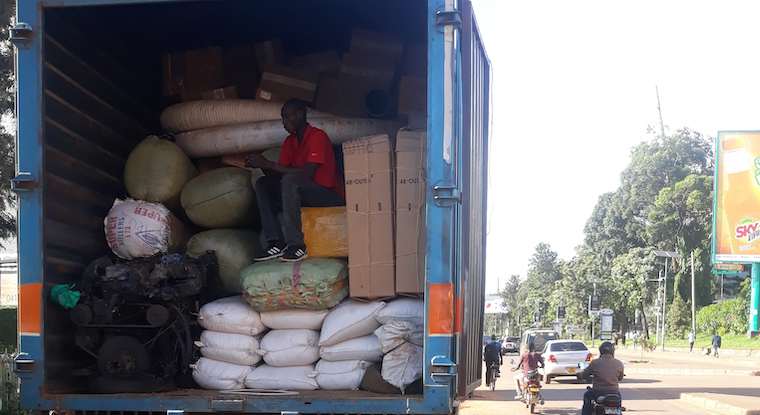 Police in Arua is hunting for a group of thugs who broke into a moving cargo truck belonging to California Bus Services and made off with goods worth over Shs 20 million.

The thugs reportedly timed and waited for the Fuso truck, registration number UAJ 797M while at Enzeva climbing lane in Arivu sub county in Arua district along Arua Nebbi-road enroute to deliver merchandise to Arua from Kampala.

According to preliminary police findings, the truck driver, Mohamad Zuli was alone when the thugs climbed the truck as it climbed the 2-kilometre lane at Enzeva and cut its padlocks.

They started dropping assorted merchandise belonging to traders in Arua at Kuluva, Odianyadri and Euata trading centers from the truck where their colleagues were on standby to pick up the loot.

Josephine Angucia, the West Nile Region police spokesperson, says that they entered a case of theft of merchandise. She also disclosed two suspects were gunned down two months ago for engaging in similar crimes.

She says that Dr Alex Alidria who was on his way to Arua picked up some of the items dropped on the road and delivered them to Arua Central police station. Police have now renewed their community policing drive to sensitize locals about the new wave of theft.

Jackson Kayanja, 409 Brigade commanders, says that they intend to establish a military detach in Enzeva area, which is also partly occupied by NFA by the end of this year. The thugs are said to be more active whenever it approaches the festive season.