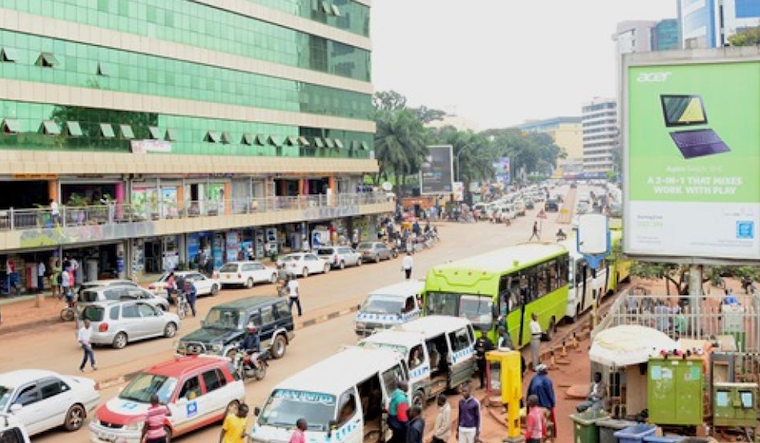 Controversy is shrouding Kampala Capital City Authority's (KCCA) move to disburse over Shs 99 million for the payment volunteers under the Seven Hills Group for the month of August.

The funds have been sent to accounts of division community Saccos, which provide cleaning, landscaping and engineering services in Kampala. In correspondences seen by our reporter, Ivan Kiirya, the supervisor treasury at KCCA notifies the town clerks in divisions and other KCCA officials informing them about the transfer of funds for Seven Hills Initiative.

"Below are funds sent to the Sacco division accounts to take care of the casuals for Seven Hills for further management," the email sent on September 28 reads in part.

According to the disbursement list, over Shs 23.6 million has been sent to Makindye division, Shs 11.56 million to Rubaga, Shs 25.6 million to Kawempe, Shs 14.69 million to Nakawa and Shs 23.7 million to the Central Division Community Cooperative Savings and Credit Society Limited.

There is no government policy on volunteering with government agencies and KCCA has not communicated any contractual agreement it has with Seven Hills hence attracting questions among division leaders.

The Lubaga Division town clerk, Thomas Ssentongo has since written back saying that "contractual terms and obligations have to be discussed so that all of us are on the same page."

In the same breath, the Nakawa division town clerk, Denis Omodi also wrote back to Kiirya on October 5 asking for a copy of the contract agreement between KCCA and seven Hills that warrant the payment.

"The 7 Hill group MUST be registered as members of the Nakawa causal workers Sacco in order for us to pay them," he said.

He also notes that for Seven Hills to be paid through the Sacco account, they must present themselves for verification and come along with their bank account number, NSSF number, two passport photos and original National IDs.

"As Nakawa, I propose that as we await the agreement, a comprehensive list be shared showing the Seven Hills beneficiaries, their NIN and the amount due to each," wrote Omodi.

A source who preferred told URN that they are suspicious of the intention behind the disbursement of money to the Sacco accounts. The source says some members of Seven Hills have been receiving daily allowances ranging between Shs 6,000 and Shs 10,000 given to them directly by their supervisors and now wonders why KCCA wants to pay them through Sacco accounts.

“It is as if they want to trap Saccos that they hired seven Hills. These people are not members of Saccos and Saccos can’t be responsible for them. KCCA just sent money to the accounts without talking to leaders in Saccos, they have not told them how many people they are supposed to pay and how much. This is like a trap,” said the source.

Asked to explain under what arrangement the volunteers were being paid, KCCA deputy spokesperson, Robert Kalumba said the group was helping with keeping the city clean and that’s why they decided to pay them.

“They have been working. Are you saying they should not be paid?” said Kalumba, before adding that they were making arrangements to formalize their operations with the group.

Kalumba couldn’t however explain why the money was paid through accounts of Saccos, how many people were to be paid and how much. Until September 15, it is the community Saccos that have been providing cleaning, landscaping and engineering services in Kampala.

The Saccos in each of the five divisions of Kampala have a membership of over 3,000 workers recruited under a reservation scheme targeting elderly people especially women, single mothers and people living with HIV.

When their contracts expired, KCCA embarked on an evaluation exercise to assess the performance of their casual workers. Earlier last week Daniel NuweAbine, who has been acting KCCA spokesperson, said findings of the evaluation process shall inform whether KCCA extends the contracts of division Saccos and hence the reservation scheme.

Nevertheless Saccos' casual labourers have continued to work since this is not the first time there are lapses in their contracts. For instance, in 2018 and 2019, the Saccos had no written contract with KCCA but they worked and were paid.

KCCA spends at least one billion shillings in salaries on casual labourers and by the time funds were sent members of Saccos had already received their August salary and are waiting for September. The salary usually comes mid of the next month.

What is Seven Hills

Seven Hills surfaced in March 2021 at a time KCCA launched the smart city campaign, an initiative intended to drive community engagement in cleaning the city. They desilted drainages in Kampala before expanding to sweeping the streets.

It was marketed as a volunteer youth group uniting former criminal gang members who decided to engage in activities beneficial to their communities. They soon started recruiting other members from the community who are not former criminals. Its membership is currently over 500 per division.

The group has since publicly expressed interest in securing a contract to offer cleaning services in Kampala. Some of the group’s supervisors that URN previously interacted with accused the Saccos of failing at their job and that they (Seven Hill) were committed to scooping the contract.

Since their arrival, there have been reports of clashes between the Seven Hills and Sacco members on the streets. The Saccos (who had a running contract) accuse Seven Hills of deploying in areas where they also have people to work to force them off the streets while boosting their powers.

In August 2021, as contracts of Saccos neared expiry, the tension escalated with Seven Hills members being accused of provoking and sometimes beating members of Community Saccos who had been holding the contract. Videos of them pushing SACCOs members into drainage channels emerged but they denied any wrongdoing.

0 #1 kabayekka 2021-10-12 22:55
The way the KCCA organizes the urban cleaning of modern international infrastructures will soon see the single mothers marching to Entebbe airport to clean it up as the planes fly by and land.

Afterwards during day time the job of these young people would become easier!
Quote | Report to administrator
Refresh comments list
RSS feed for comments to this post
Add comment