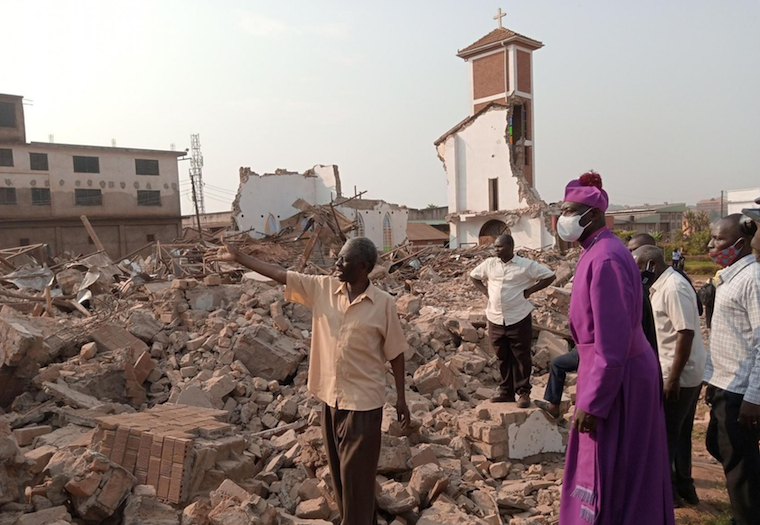 Chief state attorney John Kunya presented the DPP’s letter withdrawing the charges before the Anti-Corruption court chief magistrate, Joan Aciro on Tuesday. The 14 suspects were facing charges of breaching COVID-19 regulations since they were found working past the nighttime curfew. The state also slapped them with charges of theft for alleged stealing assorted properties belonging to Ndeeba Church.

Before the trial could proceed, the state tendered in an amended charge sheet instituting charges of theft against Dodoviko and conspiracy to commit a misdemeanour with the rest of the accused persons. The state also preferred charges of abuse of office, corruption, and conspiracy to commit a misdemeanor against Katongole and the four police officers.

The trial of the case failed to proceed as Katongole’s lawyer Max Mutabingwa objected to the fresh charges slapped against his client who is accused of conspiracy and abuse of authority when he did an arbitrary act prejudicial to his employer top wit proceed and issued demolition permits to Dodoviko’s Ephraim enterprises.

“As required by article 28 of the constitution, the state has failed to show the particular act or acts that amount to an offense which Katongole allegedly did or failed on both accounts of conspiracy and abuse of office,” Mutabingwa submitted.

He asked the court to dismiss the charges against his client. Aciro set December 2 to rule on Mutabingwa’s application. She said that regardless of the outcome of the ruling, the court would proceed with hearing the matter on the same day.

Besides these criminal charges, Mwanje is currently battling other civil cases over the ownership of the land that hosts the church. The government set aside Shs 3.8 billion to acquire the contested land from the businessman but the court halted the process.