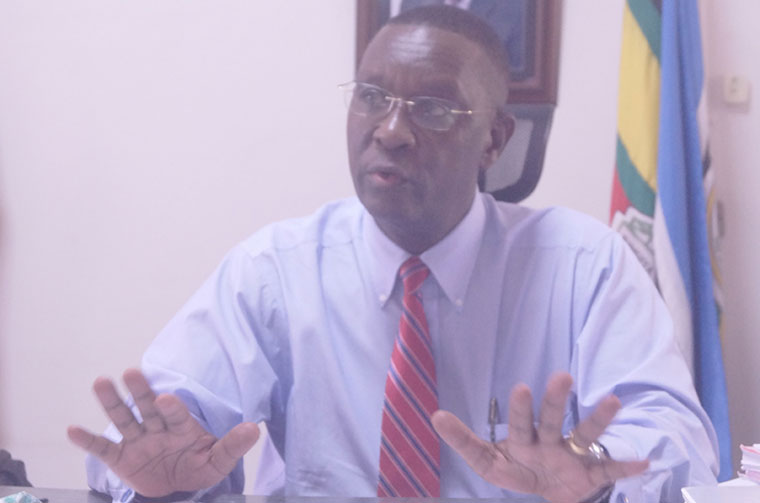 Asked about his career achievements in an hour-long interview, PIUS BIGIRIMANA said he has brought sanity to the judiciary in the two years he has been permanent secretary of the third arm of government, under the doctrine of separation of powers.

Samuel Muhindo sat down for an extended conversation with Bigirimana last week. Read the transcript.

What achievements can you pin down in the last two years you have been in the judiciary?

I have been able to bring sanity to the judiciary. My role has been to sensitize judicial officers about laws and regulations of government. My biggest concentration has been on laws of administration, financial management and procurement. I have also superintended the Twin Tower construction of the Supreme and Appellant courts.

When I came here, I found plans on my table and I showed them how to move. I made sure there was transparency in the entire process with no corruption. This government has stalled projects because of “enjawulo”(commission). These people love commissions on everything.

So, for this Twin Tower project, I made sure the evaluation team was hidden somewhere in Bugolobi where no one could expect them to be. We started construction on time and we are on schedule. We have anticipated that upon completion, the underground parking yard will be hosting 226 vehicles. The assent to the Administration of Judiciary Act 2020 (AJA) by the president is one of my greatest achievements.

I was part and parcel of concluding the bill and eventually seeing to it that honourable members of parliament approved this bill and forwarded it to the president for approval into an Act. This bill had taken about four years and it was being tossed from one side to another because of egos. So, when I came here, I had to humble myself before the members of parliament and here we are. Humility paid off.

What benefits does the AJA 2020 present to the stakeholders?

It has also guaranteed that judicial officers are assured of their retirement benefits. The chief justice and the deputy chief justice both retire with their actual salaries and other benefits, retired judges keep getting 80 per cent of their current salary.

Do you think this shall weed out corruption in the judiciary?

To a larger extent judges used to get corrupt under the pretext that they were not certain of their retirement but the law now guarantees their retirement package. Let them now serve Ugandans. We cannot get rid of corruption 100 per cent. Some people have too much money but they still want to steal more. Stealing is in some people’s DNA.

How are you addressing the case backlog that has become an annual song?

Cabinet recently approved a new structure. We are hopeful that we shall go up to 54 per cent of the required standards and then go to 70 per cent by medium term. We need more judges and magistrates. For example, there are so many cases in the Commercial court and approximately 32,000 cases under the Lands division. Cases at the Commercial court are tying up about Shs 4.6trillion.

Suppose all this money could be released back into the economy? That is why our priority is to have enough judges and magistrates so that justice is delivered in time.

What were the criteria used in selecting members that now sit on the new judicial council?

Having served at the ministry of Gender, I made it very pertinent that the disabled and those with impairment were represented on the council. This was one way of reassuring them that these decisions we were making also appealed to them or had their considerations.

What remedies are being put in place to address the poor internet connectivity most especially during the video conferencing format of court hearings?

We are looking at the new judicial structure that has been approved by cabinet, which allows us to recruit more competent technical people under the ICT department and also install more video conferencing equipment between courts and prisons so that justice can be delivered more easily.

What sexual harassment deterrents have you put in place?

We have zero tolerance to sexual harassment. You want a girl and you start harassing her and the reverse is also true because some ladies can also harass a gentleman when he turns down their unsolicited advances. The place of work is for teaching good manners; and so, there’s no bending rules.

Comments on the sentencing of Godfrey Kazinda, the former principal accountant at the Office of the Prime Minister

It is exactly 10 years since I exposed the grand theft at the Officer of the Prime Minister. Most people dismissed my position as a whistleblower saying that maybe “a deal had gone bad.” Why would I call for a forensic audit in an issue where I was part?

How can I call the inspector general of police and the auditor general if I was part of the theft? (...pulls out his book CORRUPTION: A TALE OF WOLVES IN SHEEP’S CLOTHING. Shows letter to IGP and Auditor General on pp 222 and 223 respectively...)

If I was part, then why would I go and forge my own signature? (...takes off his glasses, wipes the face and then beams a wide smile...) That reasoning is very bogus. During those Kazinda days of scheming, people became rich; people within Kazinda’s group bought and built houses.

I was called names by some members of parliament and some of them I am sorry to say, I can no longer call them “honourable,” because they are not honourable at all. They were scheming that I should give them money so that they can spare me but I stood my ground with my God and now court has exonerated me.

I am happy that this case has reached its logical conclusion. This was a pillar of fraud in government. There were 37 witnesses in court and I was the principal witness. I went to court five times. Surely, why would I have gone through all that pain if I was among? (...shrugs it off...)

I am happy that the president stood by me and now court has vindicated me. (... Pulls out Museveni’s revised edition of Sowing the Mustard Seed to show a highlighted area where he is lauded for exposing the hemorrhage in the Office of the Prime Minister).

+1 #1 Lakwena 2021-10-06 14:10
In other words, from all the Chief Justices, Judges, Registrars, Magistrates to the cleaners etc.; all along the entire Judiciary has been INSANE (Butabika Case).

But how arrogant and Holier than Holy will Bigirimana become?

In other words, from all the Chief Justices, Judges, Registrars, Magistrates to the cleaners etc.; all along the entire Judiciary has been INSANE (Butabika Case).

But how arrogant and Holier than Holy will Bigirimana become?

Kumbe I am not the only one wondering why this man is always the first to tout his integrity and achievements instead of letting others draw their own conclusions!
Report to administrator
0 #3 Apollo 2021-10-07 18:25
This is a colonial experiment that has become a burden to both the seeker and giver of Justice.

It is extremely sluggish, prohibitively costly and highly detached from the true realities of society.

Lawyers have built palatial homes and drive the most recently manufactured vehicles, not because Justice is pervasive and available that it should have the massive aggregation of beneficiaries on either side for it be naturally lucrative as it should be in a free and just society.

Justice in this Country is a commercial good for those who can afford it, an auction house for the highest bidder and a ransom for the power broker. If Justice was to serve to its true meaning, it cannot be in that institution.
Report to administrator
0 #4 Kalibbala 2021-10-07 21:39
Typical of these Refugees who have been Killing Us for the last 40 Years!

First, they drain our Treasury and Country of All Resources then They continue to Mock us!!

During his tenure in Office of the PM..Billions were Embezzled but Poor Kazinda was arrested and Serves a 10 Year term in Luzira! Ugandans Wake

Up before it is too late! Remember They keep Promising You Death Till You get Tired of Dying!
Report to administrator