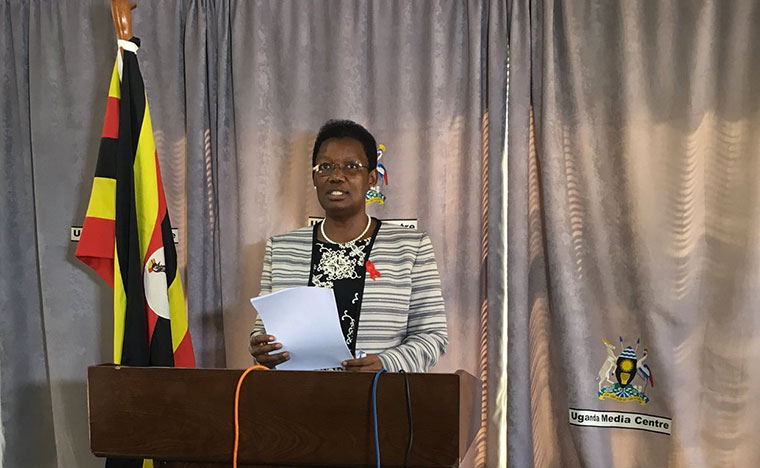 The Criminal Investigations Directorate (CID) has dismissed claims that they are harassing former minister for Presidency Esther Mbayo, who's under investigation for her alleged role in a Shs 3bn embezzlement scandal at the Uganda Printing and Publishing Corporation (UPPC).

“The Directorate of Criminal Investigations is investigating allegations of abuse of office, embezzlement and causing financial loss of Uganda Printing and Publishing Corporation -UPPC where you were a supervisor of the corporation from 2019 to 2021,” reads the September 13th, 2021 summons.

Adding that “This serves as a summon to you to appear at CID headquarters Kibuli on 15th September 2021 before Ag. CP Economic Crime and Financial Intelligence for a statement in respect of the said investigation.”

The investigation started after the Presidency minister Milly Babalanda temporarily suspended the board of governors and corporation’s top management led by Prof Tomas Davis Wasswa to pave way for investigations into fraud and financial impropriety at UPPC.

Now, Charles Twiine, the spokesperson of CID, says despite summoning Mbayo on September 13, 2021, she has never appeared at CID headquarters. He, however, says that to their shock, Mbayo recently appeared on the floor of parliament claiming that she was harassed at CID headquarters in Kibuli-Kampala.

“The summon was duly served to the office of the speaker, and we received the feedback that Mbayo was outside the country. The speaker guided that the member would appear at any date once she return to the country," Twiine said.

Last Month, detectives recovered Shs 600 million of the Shs 3 billion believed to have been siphoned from Uganda Printing and Publishing Corporation. Twiine says that some suspects have offered to return some more money as investigations continue.

0 #1 Lakwena 2021-10-06 08:07
In other words, here goes again one of Gen Tibuhaburwa's many bloody Kawukuni (pests) he plants in strategic offices to funnel out our sweat and blood.

Wachireba?
Report to administrator
0 #2 The ugandan 2021-10-06 17:18
i remember when she told the Men Of GOD to take off their clergy apparels, and join politics.

This was because the Men of GOD talked about the bad vices engulfed in the politicians of the day, including her. So,... now......
Report to administrator
0 #3 Mubiru 2021-10-07 17:53
Mbayo is one of some Basoga untouchable women.

The severe problem with NRM is to apply the law according to the individual. I deplore what Mbayo allegedly did but why Charles Twine spokesmouth of CID not make similar noises when that woman Musoga woman Kuratta ignored your summons to answer allegations of massive fraud and corruption in the department she headed?

Being untouchable she was recycled into oblivion enjoying the alleged loot while still probably on pay roll? Untouchable Basoga women include one in valley dam fraud and many well known others I wont bother to mention.
Report to administrator