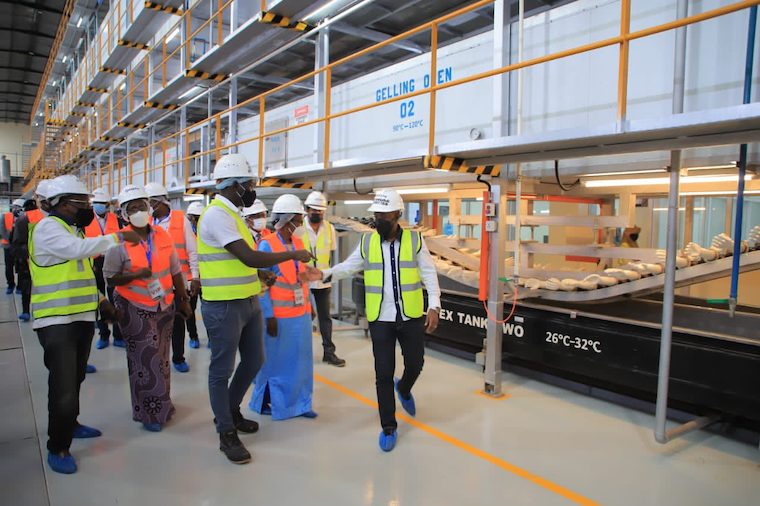 Dr Aceng said this on October 1 after leading a delegation of top-level ministry officials at the company’s headquarters in Namanve.

EAMV is the only surgical gloves factory in Africa and the only glove manufacturing plant in East and Central Africa. During the tour, they witnessed first-hand the production of the gloves, manufactured in both surgical and examination variants, and saw the extensive testing, packaging, and waste management facilities in place.

The company produces 5,000 pairs of gloves per hour and hopes to double this capacity by the end of the year. According to Ben Kavuya, the EAMV chairman, the company is ably supplying both government and private health service providers while sufficient volumes are also being exported.

“The initiative to construct and bring into operation this manufacturing plant was borne by the need, as is seen in healthcare systems all over our continent, to stop the unnecessary and preventable injury and death many of our people suffer simply because something as basic as a pair of gloves was not available. We are here to take care of those basics, and we have the capacity to do so,” he said.

He added that EAMV plans to expand its range of medical consumables to produce condoms by 2023.