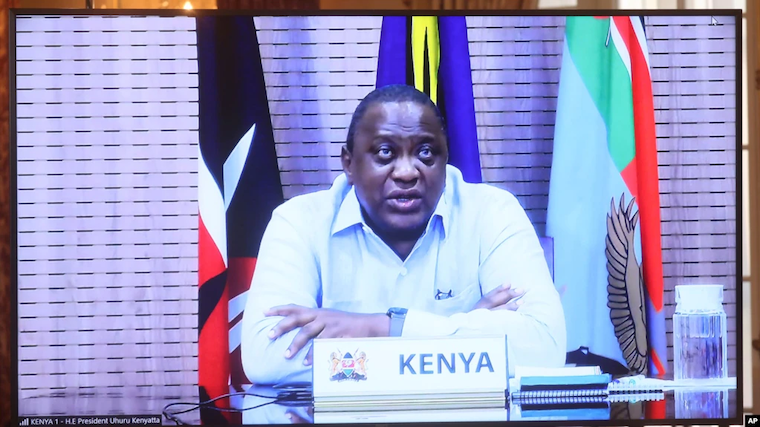 Kenyan President Uhuru Kenyatta and his family are among the world leaders said to have hidden away billions of dollars in secret offshore accounts.

Records obtained by the International Consortium of Investigative Journalists  (ICIJ) show the Kenyatta family has a half-billion-dollar fortune tied up in at least seven foundations and tax havens in various countries, including Panama and the British Virgin Islands.

The family enlisted the services of one of the largest banks in Switzerland, Union Bancaire Privee, to register and establish a foundation in Panama to manage and shelter its wealth, which it began building under its patriarch, Jomo Kenyatta, who became Kenya’s first president in 1964 after it gained independence from Britain.

The ICIJ cites a United Nations-backed commission that found that one sixth of all properties once held by Europeans in the colonial era were “cheaply sold” to Kenyatta, his family and allies, including Daniel arap Moi, Jomo Kenyatta’s vice president and the man who succeeded him when the elder Kenyatta died in 1978.

The Kenyatta family thrived during Moi’s authoritarian rule over the next two decades, founding a dairy that has expanded across East Africa and is now Kenya’s largest milk producer, as well as acquiring large stakes in other domestic enterprises, including a major bank and upscale hotels.

The Pandora Papers also reveal that the Kenyattas secretly owned a number of offshore shell companies in the British Virgin Islands. One of the companies, owned by Uhuru’s brother Muhoho, had a bank account that held an investment portfolio worth $31.6 million in 2016.

From 1999 to 2004, Uhuru’s mother, Ngina and his two sisters held shares in a BVI company they used to buy an apartment in an upscale London neighborhood.

Forbes magazine ranked Uhuru Kenyatta as Kenya’s richest person and the 26th wealthiest in Africa in 2011, two years before he was elected president as a self-described anti-corruption crusader.

The writers flipped the names from Museveni to Uhuru. The only corrupt regime in the world is Uganda
Report to administrator
0 #2 WADADA rogers 2021-10-04 23:46
I suspected, his behaviour towards Ruto said it all
Report to administrator
+1 #3 Lakwena 2021-10-05 13:46
In other words, except maybe Pombe Magufuli (RIP) all African leaders are Kleptomaniacs.

No wonder, Jaramogi Oginga Odinga (Senior [RIP]) was right when he penned his observation in the book "Not Yet Uhuru!"
Report to administrator