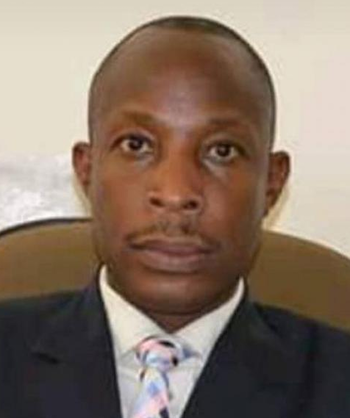 Ntungamo district health officer Dr Richard Bakamuturaki has collapsed and died from inside a sauna.

According to Anthony Kushaba, the Ntungamo district communications officer, Bakamuturaki collapsed in a sauna at Ntungamo Resort hotel on Sunday evening before he was rushed to Amazing Grace clinic, where he was pronounced dead on arrival.

Rwizi police spokesperson Samson Kasasira says that they are waiting for the postmortem to establish the cause of death.

Denis Muhumuza, Itojo sub-county LC V councillor, says the late was one of the best civil servants and best medical worker Ntungamo district has ever had.

Muhumuza describes Bakamuturaki, who was fondly known as Cameroon as a down-to-earth person, saying that he has been very resourceful and focal in the fight against the COVID-19 pandemic.

Bakamuturaki has been in civil service for more than 15 years and served most of the years in Ntungamo as the district health officer.

He also served in Rakai district from where he joined Ntungamo in the same capacity. Born in Kagarama town council in Kajara county, Ntungamo district, Bakamuturaki has died aged 48.

In other words, curiosity killed the cat.

Sauna is only suitable in the frig countries, during Winter. Besides, nobody goes for sauna during Summer, because sometimes the extreme Summer heat even kills especially older people.

May Bakamuturaki soul be at peace. But for Heaven's sake: why would some one living in the tropics go for a 50-degree centigrade Sauna.

In other words, curiosity killed the cat.

Sauna is only suitable in the frig countries, during Winter. Besides, nobody goes for sauna during Summer, because sometimes the extreme Summer heat even kills especially older people.

I like your wise observation on this tragedy. Sauna in the tropics is absard in deed.

Of course, in the Ug of today, one cannot rule out the possibility that he was "mato puted" .
Report to administrator
0 #3 rubangakene 2021-10-04 17:33
Unfortunate but avoidable situation indeed: places like saunas and massage parlours can be 'misleading'.

It has valuable medical assets but are risky places to visit if rules and regulations are not followed. For example, one must avoid alcohol, eat well and well hydrated or have serious underlying health issues like hypertensions, liver disease and so on.(the poor doctor should have known better).

The government must control these premises to avoid these calamities in future
Report to administrator
0 #4 Omuntu 2021-10-05 05:26
May he rest in peace, may be he would have survived if was taken by ambulance to Ntungamo referral hospital and not to a mere clinic.

And better yet, the Ntungamo coroner is at the tip of the communique not the communities officer. We have to build infrastructure.
Report to administrator