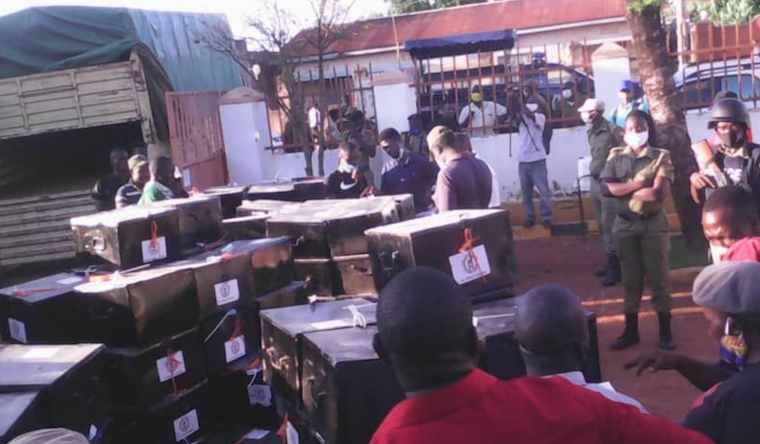 The Electoral Commission is going to blacklist for life all their staff implicated in election malpractice related tendencies according to Kiira region election officer, Emmanuel Matsiko.

Speaking to political leaders and civil society organization actors, during the post-election evaluation meeting held at Iganga district headquarters last Friday, Matsiko said that they have put in place a system where all their staff implicated in jeopardizing the smooth execution of the electoral process shall be registered.

Matsiko argues that several individuals have raised complaints about some sub-county supervisors and polling officials alike, who reportedly connive with selected political actors to frustrate efforts of fairness during the execution of the electoral cycle.

He however said investigations are ongoing to ascertain the merits of the allegations against them. He made it clear that the blacklist initiative is aimed at ensuring that individuals implicated in malpractice scandals are never employed by EC during the implementation of future electoral cycles.

He adds that such stringent measures will foster the recruitment of only individuals with high-quality moral standards to mane the electoral process.

"We're developing a blacklist to ensure that all those where it's proved that they received bribes or were compromised in one way or another are blacklisted for good. We believe and pledge the next general elections will be better, free,
will be acceptable by all stakeholders," said Matsiko.

Matsiko further stressed that they have earmarked a special program of rallying members of the general public, political actors and EC staff alike on the dangers of involving themselves in bribery tendencies, as the same vices kill the essence of fair play during the electoral process.

"It is true some of the participants raised an issue of bribery by candidates. We also heard it and we're also trying as Electoral Commission to look at the way we can be helped, and how we can help this country to make sure that bribery of voters by some candidates, bribery of our officials at the polling stations," Matsiko added.

Yusuf Akubonabona, the Kaliro district assistant chief administrative officer said that EC should ensure timely civic education sessions so as to sensitize the wider population on their roles and responsibilities during the execution of the electoral process.

Akubonabona further stressed that key implementers in the electoral cycle should harmonize on their respective roles, which will reduce conflicts and in turn foster EC’s independence while handling electoral processes at various levels.

"Most of the presiding officers especially lower levels could have been compromised because when you hear of cases it appears there was compromising of some of the electoral officials because we found out that some people were voting more than once yet every person is entitled to one vote. All these things are done because this time we did not have civic education," said Nakayima.

0 #1 Uncle Philosopher 2021-09-26 12:28
So who has been better than the EC in manipulating election results? Including publicly displaying figures which add up to above 100%.

From Aziz Kasujja, History can tell the rigging is not always smart . May be the devil wants to dismiss his angels and agents for doing his work.
Report to administrator
0 #2 kabayekka 2021-09-26 12:47
One reckons that since Uganda is still in the learning stages of democracy, reverting to lining up as it used to be done during the good old days of the movement system of governance would be a better alternative.

It is unfortunate that it is now over 35 years of NRM governance. And the electoral commission still finds the democratic electoral process in Africa is not free and fair.
Report to administrator