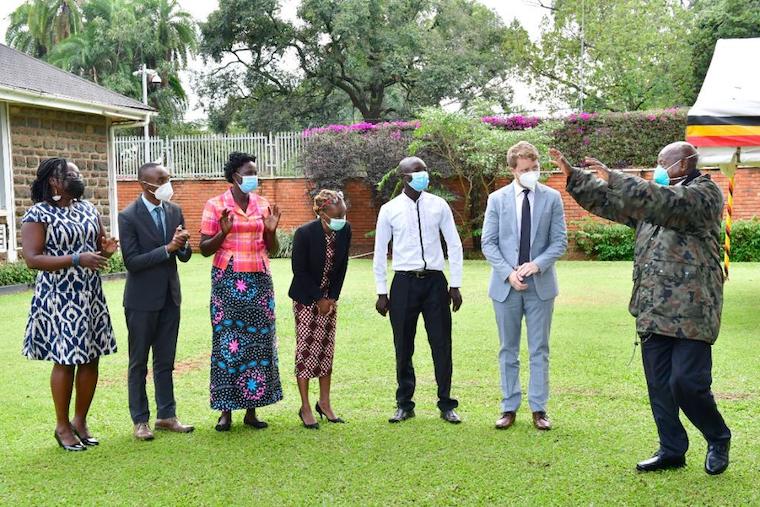 However, the distribution of the money must be aligned with government priorities according to a press statement released by State House.

GiveDirectly operations were suspended on September 9, 2020, after government blocked its $15m (about Shs 57bn) Covid relief cash distribution to vulnerable Ugandans whose earnings had been affected by the first COVID-19 lockdown in March 2020.

GiveDirectly which has been operating in the country since 2013, had planned to distribute Shs 100,000 monthly cash to about 190,000 vulnerable Ugandans to cover both food and other essential non-food items. Beneficiaries facing eviction over failure to pay rent would get $50 (about Shs 200,000). The cash offer was meant to run for a period of three months.

However, without warning, government through the NGO Bureau for NGOs, suspended the cash distribution claiming that an investigation had found that GiveDirectly’s cash handouts were likely to make Ugandans lazy, promote idleness, domestic violence, dependency syndrome and tension within neighbouring villages.

Incidentally, the same government would a year later use the same method to distribute cash relief to a targeted 560,000 vulnerable Ugandans. However, the distribution was marred by grave maladministration and corruption - with most of the Shs 100,000 cash ending up in government officials and their relatives' pockets.

Previously, the government had cast doubt on the source and purpose of GiveDirectly’s cash after some officials claimed that it was being used to fund opposition campaigns and activities.

But following Tuesday's meeting with GiveDirectly’s Global managing director, Joe Huston, the president has now given a green light to the NGO to resume the cash distributions.

Museveni outlined three key principles for deepening collaboration between the government and GiveDirectly including transparently engage government to ensure the government is aware of its activities and understand appropriate governance frameworks in place to enable government oversight of GiveDirectly’s programming. He also urged GiveDirectly to protect its recipients from fraud or scams targeting them and safeguard donor funds.

Museveni tasked Prime Minister Robinah Nabbanja to build on the progress made to align on a path to reopening GiveDirectly operations.

“We are grateful to be granted a second audience with Your Excellency and are thrilled to deepen our collaboration to support the Government of Uganda in assisting Ugandans’ journeys out of poverty,” Houston said.

According to GiveDirectly, they have $30m available for current and planned projects in Uganda for poverty alleviation, emergency relief, refugees, disaster preparedness and social protection.

0 #1 kabayekka 2021-09-23 14:17
This African man is jealousy when the white man turns around and instead of giving him the money he craves for to sponsor his big government, they are giving it to the most vulnerable African peoples!

One reckons he is a Christian by religious belief? Every day we are begging this African military government without any answers, to upgrade the socialist political ideology that was very common in most of the native communities on the African continent before colonialism arrived.

His Prime Minister he is directing to spy on the white man has already failed to provide charity to the most vulnerable in the African societies!

Instead the honorable lady has put up her own relatives in her office so that they can rejoice with over 54 billion shillings that was meant to kick start the social welfare policy in this country!
Report to administrator
0 #2 Kalibbala 2021-09-23 23:29
According to Late Mzee Byanyima This arrogant and Unfriendly Person who calls himself Kisiraani
and Enemy of Humanity Loves to be the Giver of Everything around Him!

He opens up toilets, Digs Graves,Commission Water taps and Decides
the Fate of those to Die or Live!

Uganda Today is run like a Mafia Failed State where the Capo de Capi is the Alpha and Omega!

All those so Called NGO are also Fake Companies with Destructive Agendas not meant for the Good of the Poor Ugandan..! We need a Fresh start before this Senile 85 year Old man leads the Country to the Grave..Wake Up..
Report to administrator
0 #3 Ibra 2021-09-24 15:03
When EA leaders like Rais (president) Samia of TZ are addressing the world in person and meeting influential leaders and business community for investment, M7 is offering small mercies to a local NGO that is seeking permission to distribute its own money to help poor Ugandans.

Let’s pray for our beloved Uganda for equality, peace and justice for all.
Report to administrator