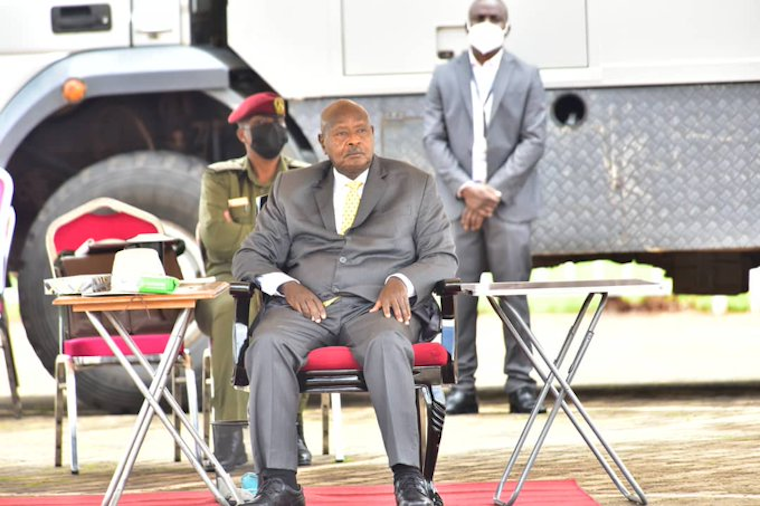 After a few months of political calm, opposition figures and activists are holding meetings to launch a systematic challenge to President Yoweri Museveni’s sixth term administration.

In meetings chaired by Justice Forum, opposition figures say President Museveni has been given a carte blanche to do as he pleases without any challenge since he returned to office after the January 2021 general election.

“The struggle cannot stop simply because the elections are over; we want to build a resistance outside elections because every attempt at opposition unity comes during election time. That’s why after elections, people go back to sleep. So, we want to meet all the players who believe in change and we start planning for the next five years so that when we decide to participate in the next elections, we should have a uniform message, uniform and focused leadership; that is the intension of these meetings,” a source who attended the three meetings so far convened told this newspaper.

He said there is general consensus that political activity fizzled out after the January general election, allowing the ruling NRM government to run roughshod on many things including human rights violations.

Interviewed for this story, FDC spokesperson Ibrahim Ssemujju Nganda confirmed his party is participating in the meetings.

“After elections, we kept asking ourselves, what we should do next. These preliminary discussions are trying to get us together and begin discussing. We got into an election, which was rigged like all the rest but we can’t stop fighting Museveni and free our people. I’ve attended at least two meetings and the aim is to try to see what can be done to bring this government to an end,” Ssemujju said.

Justice Forum president and Bugiri Municipality MP Asumani Basalirwa confirmed that his party is playing host although he’s yet to attend the meetings.

“I have not attended any meetings because incidentally every time they have been held, I have been in court over election petitions. But when we were contacted to play host, we didn’t find any problem. It was proposed that each meeting has a different chair but for us we made our facilities available for a national cause,” Basalirwa said.

The National Unity Platform, NUP, which has the largest number of opposition MPs, has not attended any meeting. Two insider sources told this newspaper that NUP views the meetings as a ploy to catapult Dr Kizza Besigye back as the main opposition force.

“NUP said they first want to understand the objectives of these meetings before they join. But some people in NUP look at this move as a Beisgye come- back and they cannot allow this,” the source said.

He added that although opposition members were told that Dr Besigye has met Kyagulanyi and both agreed that unity of purpose is an important issue, which they must all embrace, Kyagulanyi later reportedly said that some of his people asked for more time to understand the agenda of these meetings.

“I think they also believe that they are the biggest opposition grouping, therefore, they must be the leaders of any activity in the opposition and as long as they are not leading, they don’t want to be part,” the source added.

Both Basalirwa and Ssemujju believe that it’s important that everyone in the opposition is part of any effort to have a united front against Museveni.

“I hope they will finally come because no single person or organization can defeat Museveni. There is need for all of us to work together,” Basalirwa said.

“You want everybody to be there because this is not limited to one group or to some individuals. The fight for freedom doesn’t end even if some of us are dead. [Paul Kawanga] Ssemogerere fought, Besigye came in 2001, Kyagulanyi has come in 2021, maybe there will be some other people in the next election. So, you do your part during your time. For us, we will continue at- tending all those meetings and we hope all those col- leagues will come and participate,” Ssemujju said.

Nakawa West MP Joel Ssenyonyi, who doubles as the NUP spokesperson, said they are always in touch with other forces of change.

“There have been several engagements before, during and after elections and there are still many more to come. We have not attended every meeting because there are many engagements. Like right now most of our leaders are out of the country. So, we might not be able to attend some meetings but we are in touch with our colleagues...You see what’s happening in parliament, we are trying to unite as forces of change and so far, we are doing quite well. I admit there is a lot of work to be done but we are still on course,” Ssenyonyi said.

He also dispelled suggestions that they can’t engage in any activities if they are not the leaders. He said NUP believes in equal partnership.

“We have been to the home of Dr Kizza Besigye several times, the home of the Lord Mayor [Erias Lukwago], we have been to Jeema and all these colleagues. And as you know, Hon Kyagulanyi and the other team members are now in South Africa currently trying to buttress the struggle that side. From there, they will be going to the US to connect with our diaspora team. So, our team is everywhere and when we are not here, we are outside the country but eventually we shall reconnect,” Ssenyonyi said.

He also dismissed as false the suggestion that they have failed to offer leadership in challenging President Museveni after the elections.

“We have different fronts; you see what is happening in parliament, we have local councils but the struggle is not only in Uganda. So, when we go to meet these people, we are there to connect with these Ugandans who are also part of the struggle. But you will also realize that during elections and after, Covid-19 has been used to suppress our activities. There are numerous impediments but we keep pushing back, we don’t stop,” Ssenyonyi said.

It seems this country has had enough of these sorts of African resistance that seem to want to end up in military civil wars in this country.

Such African resistance wars cause the continent to loose lives and the destruction of property.

And at the end of the day, there is no gain whatsoever other than going back to square one for what has been fought over!

To regret this sort of political stubbornness this opposition rejected the dealings of the judiciary of this regime and removed its election petition!

Only Ugandans who want change can come out in UNITY to make their stand, then & only then, will there be a beginning to real OPPOSITION to Museveni/NRM!

This means present opposition will be useless to Ugandans, but so so useful to Museveni as long as Ugandans are tribally divided & ruled by Museveni/nrm!

What do Ugandans say, Museveni/nrm for ever, or UNITY of those who whant change, to end their evil rule & ownership of Uganda?
Report to administrator
0 #13 Akot 2021-09-16 13:48
Quoting WADADA rogers:

But there is no real opposition in Uganda

So called opposition MUST stop helping/ensuring Museveni rules for life & leave the post to his son who will be head of NRM!

The only things to do, if there is opposition to Museveni, are;

- Call tribal leaders to stand down,

Ugandans MUST NO let the fake opposition lead them to next fake election that will give Museveni 45 years!

Without real Opposition to call Ugandans to be ONE people fighting common enemmy for common destiny, they MUST NOT go for next parliamentary election as mps work for Museveni & not electorate!
Report to administrator
0 #14 Akot 2021-09-16 13:55
Quoting Kalibbala:

Terrorists running a Country Calling themselves Government! there is No difference to Boko Haram of Nigeria !

NRA is Also involved in Abducting People out of their Houses Only to be Killed and Dumped in Mabira and Ssezzibwa! Kibuule and Karangwa have established Killing Fields in Mukono and Kayunga

It can Only happen to Ugandans who enjoy Being Killed! Any Other Folk could have Stood Up and Fought back.

Just bringing down the tribalistic system & UNITY are all Ugandans need, to end their miseries, enslavement...!

this country has had enough of these sorts of African resistance that seem to want to end up in military civil wars in this country.

Such African resistance wars cause the continent to loose lives and the destruction of property.

And at the end of the day, there is no gain whatsoever other than going back to square one!

The opposition were forewarned not to take themselves into an election that was clearly not free and fair...

Ugandans MUST save the next generation by ending the tribalistic system & UNITING to block Museveni/nrm!

Uganda judicial games of dumping people in prison cells until they accept to be bought into very lucrative government employment.

The whole program has reached a crescendo where the IMF and World Bank are providing the government the money at 1 billion dollars to govern this country with an iron fist.

...why go to the courts of law of Uganda, when you cannot win the case, or when justice cannot be served?

Just as why go for elections that only Museveni/nrm win?

Just tribal leaders standing down, calling subjects to UNITY are all Ugandans need, if they want to end their enslavement, himiliation, treated as migrants/slaves in the country formed by their tribal lands!

When the time comes & whatever that will be, Ugandans will still be the victims as they don't know what "a country" means!

The tribalistic system is benefiting/protecting/keeping Museveni/nrm inpower, but will destroy Ugandans when Museveni/nrm are out!

Ugandans MUST wake up before it's too lage as they are alone with Museveni/nrm & will be even when the demons will be no more as long as the tribalistic system stands!
Report to administrator
-1 #19 Wainanchi 2021-09-16 21:51
@Akot-- You must be angel from above.?? No one is good but you as a prophet and preacher.


Pull the plug please when you leave your LOI or wipe your ass with Toler paper or convenient cloth you may use instead of paper.

I will join after I see the contingency plans in place especially for the wanainchi that will be shot dead on the streets or imprisoned.

How will they and their families be taken care of? I mean, Kyagulanyi is in South Africa and loaded, Besigye’s wife is a Senior UN official with. 300,000$ per year salary and Semmujju is a MP for the last 20 years earning over 100,000/ year equivalent.

So they have safety nets in case things go wrong. But the wanainchi and omuntu wawansi that they will use to riot have nothing. So, share the risk and mitigation analysis plan as well for these groups so they join knowing they have a fall back

A True good Muganda speaks like this. M7 cannot be impressed by such matoke guts.
Report to administrator
12