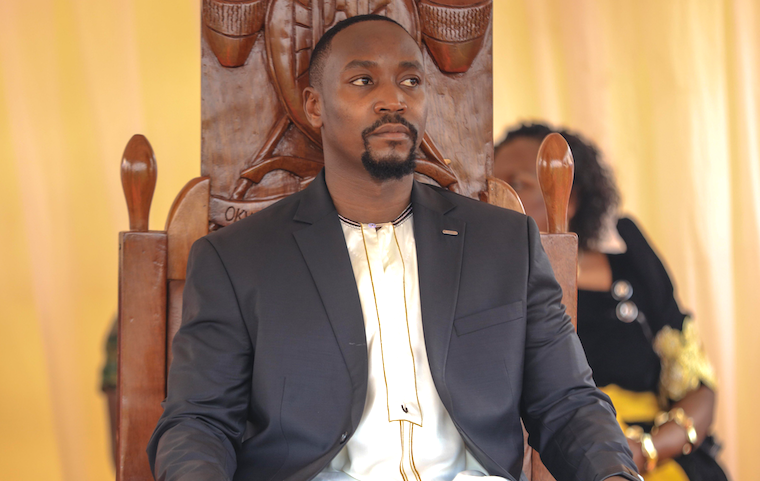 Members of the Busoga parliamentary caucus are demanding for the return of or compensation for kingdom property taken by the government in 1966 following the abolition of cultural institutions.

The nine MPs led by Stephen Kisa, the MP Luuka South MP and chairperson of the caucus, re-echoed the call in a press conference at parliament ahead of the 7th coronation of the Kyabazinga William Wilberforce Kadhumbula Gabula Nadiope IV on 13th this month.

According to Kisa, the government has so many properties that belong to Busoga and these should be given back to the kingdom.He says the previous leadership has been asking for the return of land, forests, district headquarters and properties currently occupied by government agencies among others.

"The government of Uganda has so many properties that belong to Busoga and obwa'kyabazinga of Busoga. I want to request the government of Uganda to give back to Busoga what belongs to Busoga and obwa'kyabazinga as a gift as we celebrate this anniversary. We know very well that these things have been there, and I know that the previous leadership has been saying the same...We have land, forests, we have places with councils, we have district headquarters. These places belong to kyabazinga of Busoga and I feel if they are given back to Busoga, we shall use them as a development strategy," said Kisa.

Manjeri Kyebakutika, the Jinja City MP says that it is very important that government considers the development of the region ahead of the coronation. She called on government to return what belongs to Busoga. She says that the government has returned other people's property but not Busoga’s.

I hear they have lobbied for 2 more state-owned sugar factories. Gabula and your uncle who also dubs a Busoga Prime Minister wake up, please.

Sugarcane growing destroys the land. The land becomes barren and useless for anything other than cane.

The local economy in Busoga has completely collapsed. Kyabazinga and MPs are all clueless on what they need to do to revive it.

They are waiting for M7 to give them the answers! M7 does not know anything about Busoga rural economy. If he did I am sure he would do something to help. The Basoga must learn to find solutions from among themselves.
Report to administrator
0 #2 kasede 2021-09-15 23:17
Quoting Henry Baisi:

Gabula and Busoga MPs are all clueless about creating a prosperous society for the people of Busoga.

I hear they have lobbied for 2 more state-owned sugar factories. Gabula and your uncle who also dubs a Busoga Prime Minister wake up, please wake up.

Unlike the Ganda & the Soga, the Langi are more self-relient because they were +100% neglected by this regime, even after the looting of most of their cattle.

Ask how well developed Luweero is after 30+ years of "blood money" for them in the national budget.
Report to administrator
0 #3 Henry Baisi 2021-09-16 10:23
The Busoga I grew up in was not reliant on central government aid to run its affairs let alone its local economy.