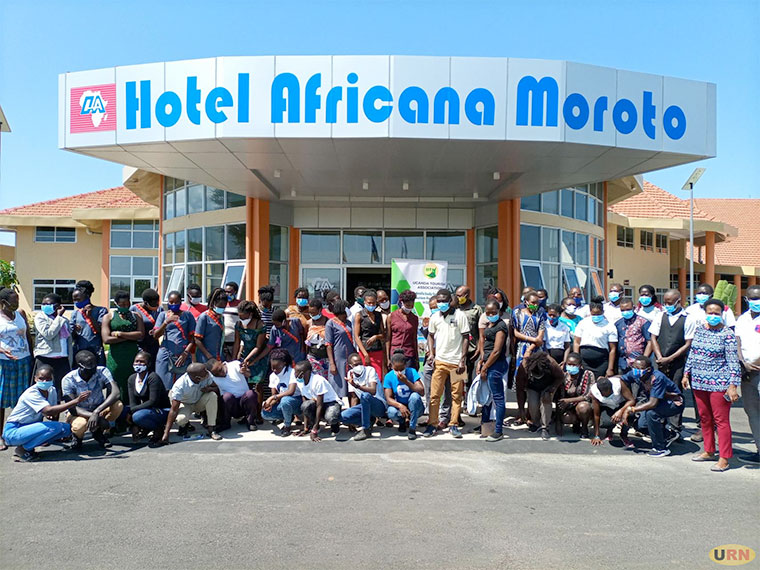 The business community and leaders in Karamoja sub-region have joined other Ugandans to mourn the death of inspirational Ugandan entrepreneur Hajji Bulaimu Muwanga Kibirige (BMK).

Kibirige who died on Friday in Nairobi and was laid to rest today, built Hotel Africana Moroto Limited, the first star-rated hotel in Moroto. Micheal Lote, Moroto district ruling National Resistance Movement (NRM) chairperson says the deceased opened up a hotel business in Karamoja that has now attracted other businesses to rush and invest in Moroto.

"Mr Kibirige didn't get scared to invest in Karamoja like others even when insecurity was still rife in Karamoja," he said.

Peter Kolibi, a businessman in Moroto municipality said the death of Kibirige is a big blow to the young business groups of Karamoja.

"We had a lot to learn from Mr. Kibirige as far as business is concerned, he was down to earth and whenever he could come to Moroto he interacted with every businessman regardless of who you are," he said.

Andrew Keem, the former district chairperson of Moroto praised the late Kibirige as one of the few who had Karamoja at heart.

"That hotel built by Hajji Kibirige in Moroto has changed the beauty of Moroto town to look like a real town," he said.

The completion of Moroto hotel led to an increase in the value of property in Moroto to start rising. Today a plot of land along the street of Moroto-Soroti where Hotel Africana in Moroto is located costs more than Shs 70 million, yet it used to be just Shs 300,000 several years ago, according to locals.

Simon Nangiro, the president of Moroto Development Forum said the death of Kibirige is a big blow to Moroto municipality which is now advancing towards a city status and needs sharp brains of the likes of Kibirige to steer it.

"Mr Kibirige who's also a landlord in Moroto municipality has gone so soon when Moroto still needs his style of developing projects that could push up the municipality's revenue," Nangiro said.
.