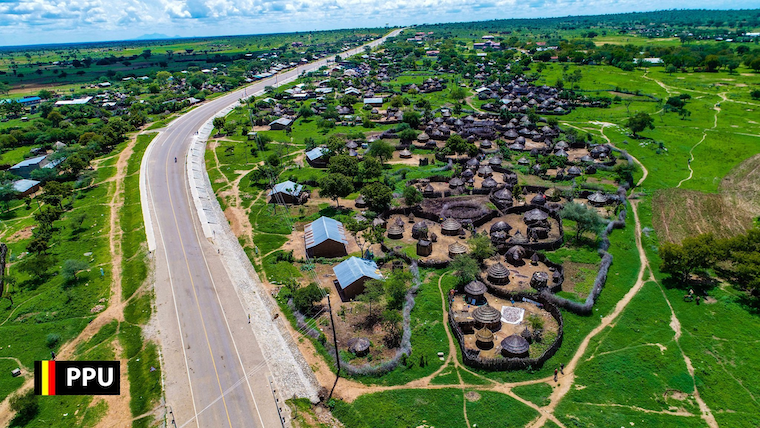 Local Defence Unit (LDU) personnel in Karamoja have shot dead an upcoming long distance runner, claiming they mistook him for a cattle rustler running away from arrest.

Simon Korobe, a resident of Lokwamoru village said the deceased has never in any way conceivable been part of cattle rustlers, adding that he has only been running his mobile money shop in Lorengedwat town council, besides being a sports enthusiast.

"It's really a pity that the LDUs can claim that this man who has been doing his routine running every morning can be mistaken for a cattle thief," he said.

Joyce Anyakun, another resident described the deceased as a "jolly boy" who has never had any wrangles with anyone.

"He has been a source of help to many of us, when you get a problem and you got to borrow some money from him, he would give you without lending," she said.

Micheal Longole the Karamoja regional police spokesperson confirmed the incident describing it as unfortunate. Longole said the deceased fell into an ambush laid by LDUs to catch some cattle rustlers adding and he was mistaken to be one of cattle rustlers.

"The deceased was on his routine running exercise and fell into an ambush laid by LDUs hunting for rustlers who had crossed to raid animals in Napak, so when these LDUs saw the deceased running, they didn't take time to identify him and they shot him dead," he explained.

Longole said the police has opened up general inquiries file and called for calm. Karamoja region which had enjoyed peace for the last 14 years is currently facing a wave of cattle rustling and road ambushes.

Despite the presence of President Museveni in the region, cattle rustlers have continued terrorizing the region without any fear. The president has been meeting the district leaders and commanders in Karamoja to understand the whole issue of the resurgence of insecurity in Karamoja.

On Friday the cattle rustlers attacked a village next to the presidential state lodge in Morulinga in Kangole town council, killing one person and stealing 20 heads of cattle.

Soon any one who will try to oppose and advise them on their military tactics of work will be thrown in prison!

It is getting worse before it gets better. If the armed forces(people) of Uganda cannot respect the lives of their fellow country people, how then can they be expected to respect and protect the foreign lives abroad where they are continuously exported for international security work?
Quote | Report to administrator
+1 #2 Jama 2021-09-12 14:09
Whether he was a cattle rustler or not., there was no reason to shoot at him since he wasn't armed.

Anyway the one who created this death squad will be accountable for the death of all those murdered by them.
Quote | Report to administrator
+1 #3 Akot 2021-09-12 17:31
kabayekka, agreed, but,

Museveni is not there for Ugandans & will use them against one another to rule for life & leave the post to his son!

Only Ugandans can make their stand, but only as ONE PEOPLE fighting for FREEDOM.

Don't forget it's Ugandans who;

- ensure the divisive tribalistic system that
disempowers them but bolster Museveni,

- go for fake presidential/parliamentary elections to
ensure Museveni is safe legally, officially,
constitutionally, thus no outsider will ever blame
him,

- at peace going along, reason developed world/UN
fill the peaceful Uganda with refugees from warring
zones to keep them safe!
Quote | Report to administrator
+1 #4 Akot 2021-09-12 17:53
Jama, understood, but,

The one who created the death squad has nothing to fear as he will rule for live & his son will become next nrm boss!

Museveni/nrm are already ensuring no opposition at next fake presidential election & will not let Ugandans walk/run freely without permission!

Ugandans are willing slaves of Museveni.

Museveni is already spying every coner of Uganda to ensure no opposition.

- bringing down the tribalistic system,

Why are Ugandans waiting for next fake elections to legalise Musevnei beyond 40 years?
Quote | Report to administrator
-3 #5 kambarage 2021-09-13 00:27
Quoting Akot:

The one who created the death squad has nothing to fear as he will rule for live & his son will become next nrm boss!

Ugandans are willing slaves of Museveni.

Museveni is already spying every coner of Uganda to ensure no opposition.

- bringing down the tribalistic system,

Why are Ugandans waiting for next fake elections to legalise Musevnei beyond 40 years?

You have many more years of lamenting Mr. Journeyman. M7 is the smartest politician in Uganda and the people see no replacement.

His competitors base their campaigns on positions like tribalism, age discrimination, violence making M7 look wisest in the pack. Some of us want change but keep voting M7 because no credible option comes up.
Quote | Report to administrator
+1 #6 kasede 2021-09-13 01:15
Quoting Jama:

Whether he was a cattle rustler or not., there was no reason to shoot at him since he wasn't armed.

Anyway the one who created this death squad will be accountable for the death of all those murdered by them.

The problem is this: EVERY GUN-CARRYING PERSON IN ANY UG FORCES HAS BEEN DELEGATED TO COMMAND HIMSELF.

There is no more command structure in the armed forces, which would PROBABLY melt-down into tribal forces should a civil war errupt in Uganda. That should be an interesting thing to keep an eye on as this regime continues to hang around.
Quote | Report to administrator
+1 #7 Lakwena 2021-09-13 08:04
This is just one of the very many fruits of the mustard seed of gun violence, sown by the King of Bloodshed, Gen Tibuhaburwa. Otherwise, everywhere you turn, are AK47 guns.

It is like living in a pit of viper snakes: cold, slithering and crawling allover you and any slight movement you are stung.

I remember before the infamous corruption ridden 2007 CHOGM Summit; how Gen Kayihura's Special (Stupid) Police Constable (SPC), where everywhere and some went on spree shooting at School Children in Bwaise.