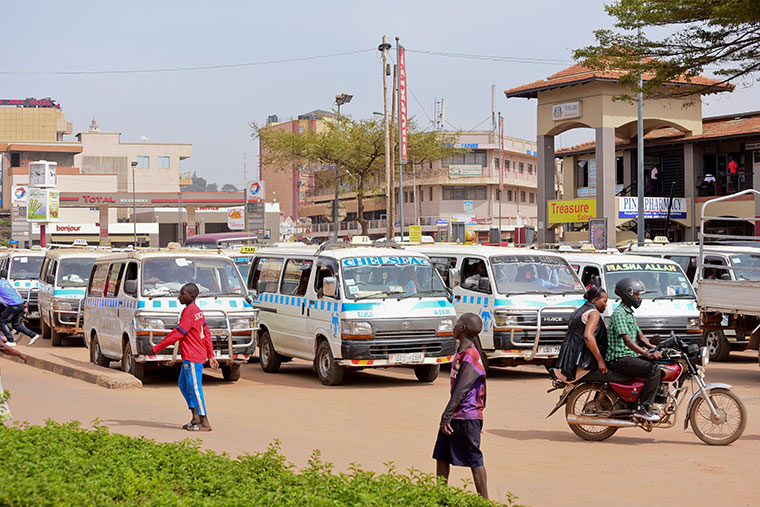 A statutory instrument by the Local Government minister last year shows that vehicles with a passenger capacity of 7-20 people operating in Kampala will have to pay Shs 720,000 annually.

Those with the same passenger capacity operating beyond KCCA’s jurisdiction will pay Shs 840,000 while those with a sitting capacity of between 21-60 passengers will pay Shs 2.4 million annually.

Cabinet reinstated the payment of road user fees following its suspension in 2017 by President Yoweri Museveni citing complaints by taxi operators about the exorbitant fees.

Following the partial lifting of the first lockdown in May 2020, KCCA registered all taxis and buses. The Works and Transport ministry issued the operators temporary route charts that expired in December last year.

The payment of the road user fees was supposed to start in January this year but was delayed because the Works ministry was still drawing permanent route charts for taxis and buses.

Samuel Sserunkuuma, the director in charge of revenue collection at KCCA, says that they are scheduled to start collecting the fees come next month.

He says that unlike in the past, working with Uganda Revenue Authority (URA), they are currently configuring the system to allow partial payment following pleas from the operators.

“We had to go to the ministry of Local Government, which did the necessary changes in the law consequently the Uganda Revenue Authority also had to change its IT system to accept payments in instalments,” Sserunkuuma said.

He revealed that they are in the final stages of completing the configuration and expect the system to be ready by end of this month. According to Sserunkuuma, they have lost over Shs 60 billion over the years they haven’t been collecting the money.

Sserunkuuma, however, says unlike in the past when KCCA took the entire Shs 20 billion collected annually, this time around they will share the money with upcountry destinations where the vehicles originate from or commute too.

“This means we are going down from Shs 20 billion to between Shs 12 billion and Shs 14 billion per annum,” he said.

Some taxi operators have welcomed the move. Muhamad Wakabi, a taxi driver along Kampala Jinja road, said the move is good provided they allow them to operate freely.

“If they allow us to operate freely and if they can also reduce on the amount it will be very good,” he said. Adding that “Imagine being stopped afar and they take your money.”

Asuman Wasswa, another taxi driver along Entebbe road, said that they have no option but to pay the money. He says that they only had a problem with the lumpsum payment, which has been resolved.

+1 #1 kabayekka 2021-09-12 13:59
So then how does the customer or passenger in this international city benefit from such high taxes on these fossil fuel vehicles.

There are already very stringent international controls for many countries that have already stopped using fossil fuel for mass public transportation.

One cannot understand it which category this African country falls in, where it has stubbornly refused to follow these environmental rules to the letter, and continues to make lots of tax money from an obsolete public transport system?
Quote | Report to administrator
+4 #2 Daniel 2021-09-12 16:13
This government does nothing to enable businesses to thrive.
It was made worse by the emotions based covid restrictions. Even businesses that are not closed are not thriving due to lack of spending power by the impoverished consumers.

A 60 sitter (now 30 due to covid regulations) actually moves with as few as 15 passengers on board.

Other visible signs are the companies leaving Ug and the `businesses closing in town.

This African country is a family business & not one that is controlled by the people!

The question is; why do Ugandans continue protecting & legaliseing the family business through fake elections?

As it is, Ugandans are prepared to accept Museveni's son when the father dies in office, but will the son be different from his father?
Quote | Report to administrator
0 #4 Akot 2021-09-12 18:15
Daniel, agreed, but,

Look, France is ensuring more migrants/refugees cross to UK from Calais because it gets millions of UK £, while pretending to help stop migrants! When B. Johonson threatened to stop financing France, France said it won't tolerate any threats from UK!

Will more growth under Museveni benefit Ugandans & how?

Museveni is assured of 40 years & will be further legalised through another fake election, but what are Ugandans assured of & by who?
Quote | Report to administrator
+1 #5 Akot 2021-09-12 18:31
What does KCCA use the tax money for when roads have no lines, no signs, no side walks...?

Ugandans have learnt so much from Musevnei; tax tax tax...but no result of public/social projects, no results of work done with tax money, but they want more taxes as & when they deem it's the right time to steal, loot, impose!

What will Uganda be when Musevnei dies of old age & WHAT after him?
Quote | Report to administrator
Refresh comments list
RSS feed for comments to this post
Add comment