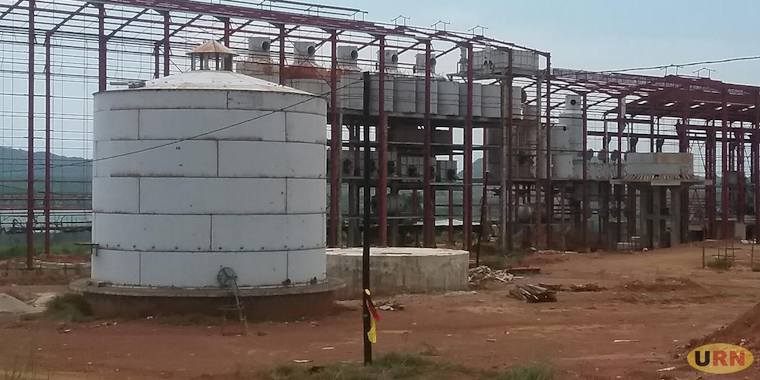 MPs on the parliamentary committee on trade have questioned why the government, the lowest shareholder in Atiak Sugar Limited continues to invest the most money in the factory.

Uganda government's shareholding in Horyal Investment Company Holdings Limited, the entity behind the Sugar factory has remained static at 40 per cent despite an injection of over Shs 101 billion. Businesswoman Amina Hirse Moghe and her son, Mohamoud Abdi Mohammed own the remaining 60 per cent of the shares.

According to Mpaka, when you look at the factory on the ground, the assets and the government investment, its shares should increase from the current 40 per cent, adding that the committee is seeking to unpack how the valuations of government shares were arrived at by interacting with the government and the investors.

"The shares we own; because we have invested Shs 101 billion and we want to know; because when you look at the assets on ground, when you look at the factory, we want to know how come even with all this money we're still at 40 per cent shares and how much is a share? Who did this valuation on behalf of government? We want to invite all these stakeholders to the committee and establish facts otherwise we see government who is the lowest shareholder spending more money. Every year government is the one investing more money in the factory," said Mpaka.

Mpaka made the remarks during an interaction between the trade committee, a team from Horyal Limited, Uganda Development Corporation (UDC), National Agricultural Advisory Services (NAADS) among others on the status of government support to Atiak Sugar Limited.

The committee also questioned circumstances under which NAADs contracted Horyal to clear, plant, and harvest sugar cane at Shs 54 billion instead of working directly with the out-growers. The industry seated on over 70,000 acres brings together up to 12,000 out-growers.

However, the farmers cultivate on consolidated land which has also posed a major challenge since the farmers cannot identify their specific piece of land. Mpaka says that the contract was not advertised and as such, MPs need answers on how the process happened.

"We're now questioning the procedure, how did the management of Atiak under Horyal Company get a contract to plant for the farmers, to weed to harvest, to put fertilizer without going through the proper process of PPDA Act? We're also wondering under what circumstances has this money ended up benefiting the community because we have been given information by the LC V that this money was meant to help the farmers, interest them and help them as a startup in the sugarcane plantations. However, up to date, these people have not been allocated their plantations. So we have reason to believe that management of Horyal, the directors are still the beneficiaries of this money." Mpaaka added.

Norbert Mao, the chairperson of Gem Pacilo Cooperative says that the real problem is large-scale production of sugarcane to supply the factory and that is the only way farmers can benefit. He says that the cooperate society is happy with the project.

The company has been facing numerous challenges including fire outbreaks, and cases of non-payment of the out-growers. From 2020 to 2021, 6,000 acres were burnt. There is also a reported labour shortage as locals prefer to take on other priorities.

+1 #1 rubangakene 2021-09-11 15:38
Thank you, about time these "dubious deals" are laid bare for all Ugandans to know who owns these enterprises, where the money goes and so forth.

Otherwise the tax payers will end up plugging the everlasting drain. Alternatively the government could take over like they have done with failing universities.
Report to administrator
+1 #2 kabayekka 2021-09-12 15:26
"But Mbarara City South MP Mwine Mpaka says they want to establish why the government shares are not changing with the continued investments in the company."

Of course this is a Member of Parliament of the ruling party. And asking the House of Parliament such a question is uncalled for. If he is not careful, he might be dismissed from the political party he loves.

That is why many are in Uganda parliamentary politics to venerate their political leadership and not dare oppose them.
Report to administrator
0 #3 Lakwena 2021-09-13 10:18
This is an anti people investment.

Amuru, Atiak and Pabo Enclave, is a Rice Haven: if e.g., the Shs 101 billion was invested into a Rice Cooperative Society/Union of that region, there would have been bigger economic ripple effect/impact.

Instead, it has been forcefully invested into a land-grabbing, slave wage Sugar factory, and enriching a straggling regime investor and cabal.
Report to administrator
0 #4 Lakwena 2021-09-13 10:25
But if e.g. Desert Countries like Egypt and Sudan are the two largest exporters of Sugar in Africa; why didn't Amina & Son take their Sugar factory investment to the semi-desert/Wilderness of Nyabisozi, Kazo and/or Karamoja of this country?