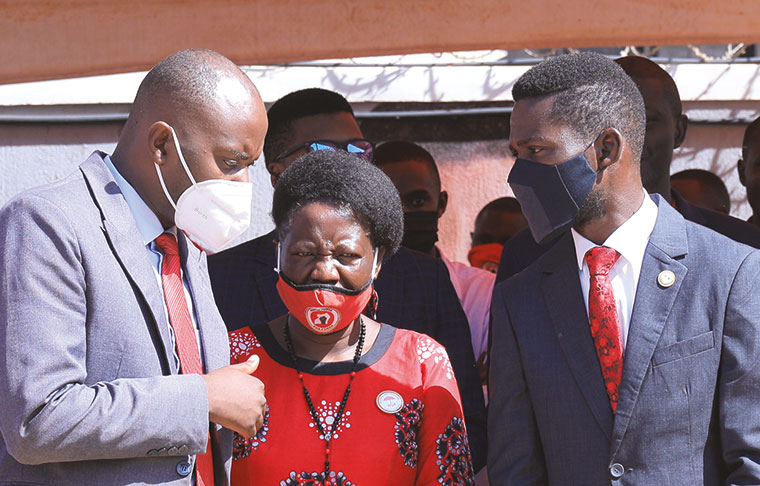 The opposition National Unity Platform Party (NUP) has declined to join the Interparty Organization for Dialogue (IPOD), a platform that brings together parties with representation in parliament to dialogue on issues affecting the country.

Upon the expiry of the MoU, the IPOD secretariat embarked on a process of drafting a new MoU seeking input from former members. At the same time, the secretariat invited two parties, NUP and the People’s Progressive Party (PPP) which had won seats in parliament to join the organization.

However, in a letter dated September 2 written by the NUP secretary-general David Lewis Lubongoya, NUP will not join IPOD because the platform has largely been used to legitimize a brutal regime that has no regard or respect for democracy.

“The regime uses it (IPOD) for political gain, far from its intended objective of strengthening Uganda’s multiparty democracy. You will agree that in the past ten years of IPOD’s existence in Uganda, the democratic space has shrunk, going from bad to worse every successive year” wrote Lubongoya.

He says hundreds of NUP supporters have been abducted, tortured and allegedly killed.

“We have taken time to study the discussion that has taken place in IPOD over time. In our assessment, the regime has turned it into a forum in which party principals meet for a cup of tea, followed by a photo opportunity,” added Lubongoya.

He also says that serious discussions about Uganda’s future have been denied audience within the platform and hence NUP is not keen on being part of an exercise that is used as a façade to legitimize an otherwise illegitimate rule.

Under IPOD, heads of member political parties meet and make resolutions regarding democracy and multiparty dispensation in Uganda. In previous summits, leaders have made resolutions like increasing funding for political parties, equal sharing of the funds during an election year, adopting regulations for the implementation of the Public Order Management Act (POMA) and creating and respecting a levelled and fair political ground.

However, of all these resolutions, the increase of funding for political parties from Shs 10 to Shs 35 billion has been implemented. POMA regulations were also drafted by the IPOD council of secretaries generals but have never been tabled before parliament for approval.

Members of the PPP have indicated willingness to continue participating in the IPOD activities.

+7 #1 jose 2021-09-10 08:24
This is what people call consistance
Going to IPOD to appear as if things aer ok is betrayal first class. you talk about what is happening in the country,
BIJAMBIYA, NADDULI say is opposition party had a party at NAMBOOLE would they be allowed to go on, without police and sfc flooding to block,But bandits even send notifications when they are coming to kill people but the so called security just say we are investigating
And you go take tea with that group , mbu IPOD
Report to administrator
+3 #2 Akao 2021-09-10 15:42
Good for them for being principled. That IPOD has not yeild anything, and will not yeild anything so long as museveni still has his gun and panga weilding men terorizing Ugandans.

The other parties are just going to occupy space and fill relevant. Maybe there is allowance that they are going to collect. Until museveni dies, or the western world stop funding him there is no hope! Humans cannot fight with guns unfortunately
Report to administrator
+1 #3 kabayekka 2021-09-11 02:24
It seems that the political party of NUP is waking up to the fact that working hard with the other multi parties to teach the citizens of this country universal democracy is dysfunctional.

The parliamentary democracy in this country only breeds corruption, intrigue, militancy and many more evils that can lead to war and the destruction of a nation!
Report to administrator