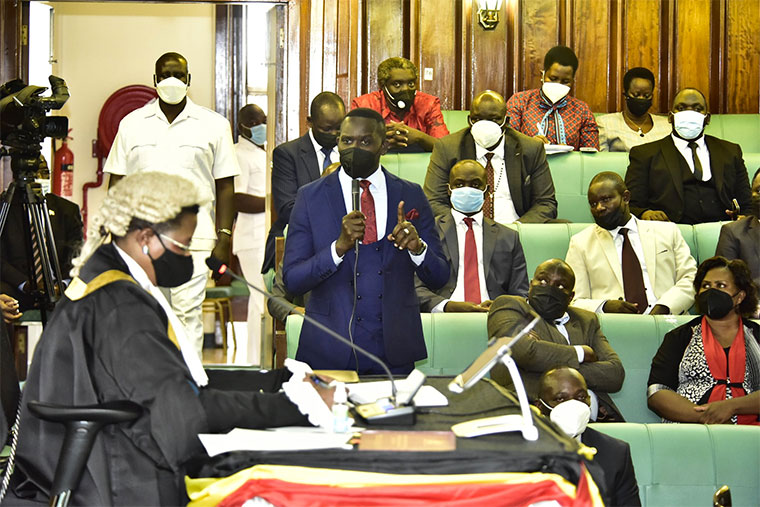 The High court has set September 13 as the date it will deliver its ruling on whether or not to allow Mukesh Shukla alias Shumuk to amend his election petition challenging the victory of Nakawa West MP Joel Ssenyonyi.

On Friday, justice Isaac Muwata heard oral submissions from Shumuk’s lawyers led by Badru Bwango, who said under the current legal regime, they have a right to amend their election petition to introduce new grounds challenging Ssenyonyi’s election.

Bwango told court that in the interest of justice, it should entertain their new grounds as they are too important to ignore. In the amendments, Shumuk accuses Ssenyonyi of lack of the requisite academic qualifications to contest for election let alone being a member of parliament.

He cites variations in the names on Ssenyonyi’s academic documents and those that appear on the voters’ register as proof that he isn’t fit to be MP. However, in their rejoinder, Ssenyonyi’s lawyers led by Denis Atwijukire early this week said the court has no powers to allow for the amendment of election petitions.

He also dismissed Bwango’s objection to the use of the ruling by the Supreme court in which former presidential candidate Robert Kyagulanyi, was asking the court to allow him to amend his petition challenging the election of President Museveni.

With the exception of one judge, the Supreme court rejected Kyagulanyi’s application, arguing that the law did not allow it. In his submissions, Bwango said that ruling only applied to presidential petitions and not parliamentary polls.

But in his rejoinder, Atwijukire said Kyagulanyi’s case is very relevant to election petitions because the justices extensively covered the whole idea of extending timelines that are statutory.

"The key point in their judgment was that the court has no powers to order an amendment of an election petition. Therefore, doing so would be unlawful. We, therefore, reiterate our prayer that this application is incompetent, the applicants have got no right to amend and the same should be struck out or be dismissed with costs to the second respondent,” Atwijukire said.

Abubaker Kayondo, the lawyer of the Electoral Commission agreed with Atwijukire and too called for the dismissal of the application with costs to both Ssenyonyi and Mukesh. After ruling on this matter then, the court will start the formal hearing of the main election petition.

Fellow citizens who has contested in Bombay for a chairman