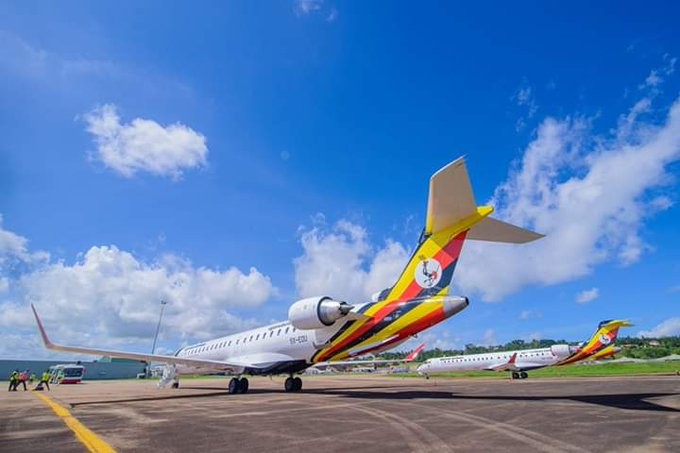 Uganda Airlines will commence international flights to Dubai in the United Arab Emirates in September; the acting chief executive officer Jenifer Bamuturaki has revealed. She was speaking at an event organized by the Rotary E-club of Uganda Global on Sunday that attracted over 200 participants.

She revealed that the national carrier had initially planned to start flying to Dubai on July 16, 2021, but postponed the launch because of the suspension of flights by UAE from Uganda to combat the spread of coronavirus disease (Covid-19). Uganda is among the countries suspended by the gulf state after over 200 Ugandans who presented negative Covid-19 test results in June upon arrival later tested positive once retested.

The flights were also delayed because the Uganda Civil Aviation Authority (UCAA) is yet to approve the two A330-800Neo Airbuses and have them included on its Air Operators Certificate (AOC). The approval process takes five phases including pre-application, application, and document evaluation, demonstration of the approved documents and inclusion of the aircraft on the existing AOC. Bamuturaki says that they are currently on the third phase.

"Every aircraft you bring on sight, that aircraft must be included on your existing air operators certificate. The CRJ [aircraft] are already certified but we do not have cargo. Then the Airbus must be included on that certification. It was new to us, new for Civil Aviation. When Airbus arrived, the thought pattern was that since we already have air operator licence, there are certain phases we won't have to do and probably go to phase III and finish in less than 3 months but it turned out, we had to do all the five phases," said Bamuturaki.

Bamuturaki also said that the London flights would start in November this year. The UK also red-listed Uganda last month over surging Covid-19 cases. Before, the airline had expected to operate its first London flight in September.

Bamuturaki says the airline is targeting migrant workers who travel to the Middle East and businesspeople among others on the Dubai route. Between 200 and 300 migrant workers, leave the country daily for work in Saudi Arabia, Oman and other gulf countries.

Ronnie Mukundane, the spokesperson of Uganda Association of External Recruitment Agencies (UERA), says thus far, Uganda Airlines has not reached out to the labour companies.

"How do they plan a route targeting us without involving us in the planning? Why haven't they consulted us? This has been our outcry to them; they need to learn to involve stakeholders,” Mukundane said.

Adding "Imagine these days we are chartering foreign airlines such as SaudiAir and others, yet our country's aircraft are just parked on the tarmac."

Bamuturaki says the airline is also planning to launch other regional and international routes such as Mumbai, Guangzhou, Lagos, and Kisangani by 2023. However, ahead of the launch, she says the airline is engaging airlines such as Emirates, Qatar and KLM to sign interline traffic agreements.

Some of the participants asked Bamuturaki how the airline is operating amidst claims of corruption and mismanagement. They also asked how the recent negative publicity has affected the airline. The same concerns came up when members of Rotary Club of Kampala South met Bamuturaki last week.

She, however, downplayed the impact of the negative publicity, saying most passengers believe in the airline and they are not moved by what is said in the media.

"Most people do not understand the aviation industry but they keep talking about how the airline is collapsing," she said.

Adding that, “the media has also fallen prey. How can you say the aircraft run out of fuel?"  She was referring to the July incident at Dar as Salaam airport when the airline delayed its flight to Entebbe because the supplier had not delivered fuel in time.

0 #1 kabayekka 2021-08-03 12:46
"Most people do not understand the aviation industry but they keep talking about how the airline is collapsing," she said.

Indeed one cannot understand much about how certain things work not until ones life is lost in the preceding business catastrophe!

What if on one maintenance day of the aircraft the hardworking engineer fails to fix the spare part properly due to dodgy officialdom?
Report to administrator