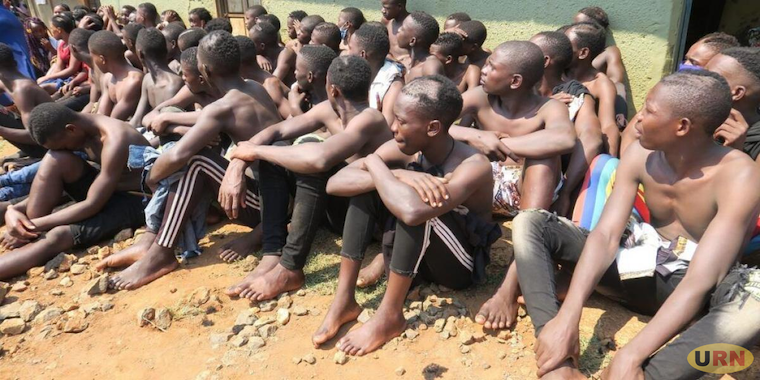 Some of the suspects arrested from Kagadi guesthouse

The suspects were arrested on Saturday at 11 pm while attending a birthday party organized by Joachim Ategeka in contravention of Covid-19 guidelines.

The suspects were later whisked to Kagadi central police station where they are being detained on charges of negligent act that is likely to spread an infectious disease.

But police wants to release them with caution because they are too many to be safely kept in the cells. The managers of the guesthouse have since fled to an unknown destination.