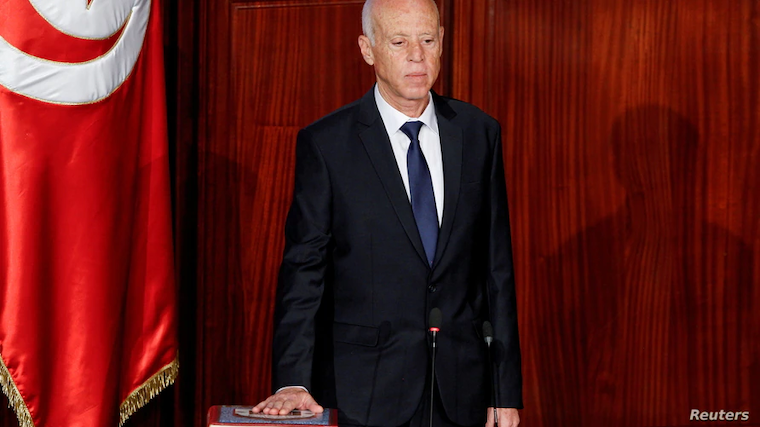 Saied said he was acting in response to the country’s economic woes and political deadlock and added that the country’s constitution gave him that authority.

Rached Ghannouchi, the parliament speaker and head of the Ennahdha party, called the president’s actions a “coup” and said the legislature would continue its work.

Two other main parties in parliament also called it a coup, which the president rejected. Saied’s announcement drew crowds of demonstrators into the streets in the capital, Tunis, and elsewhere to celebrate.

There were also protesters outside the parliament building and some clashes between the opposing groups. Al-Jazeera said police stormed the news agency’s bureau in Tunis on Monday, ordered all staff to leave and confiscated reporters’ phones and other equipment.

Tunisia has struggled economically for years, and along with political disfunction, it has dealt with a spike in COVID-19 cases and deaths.