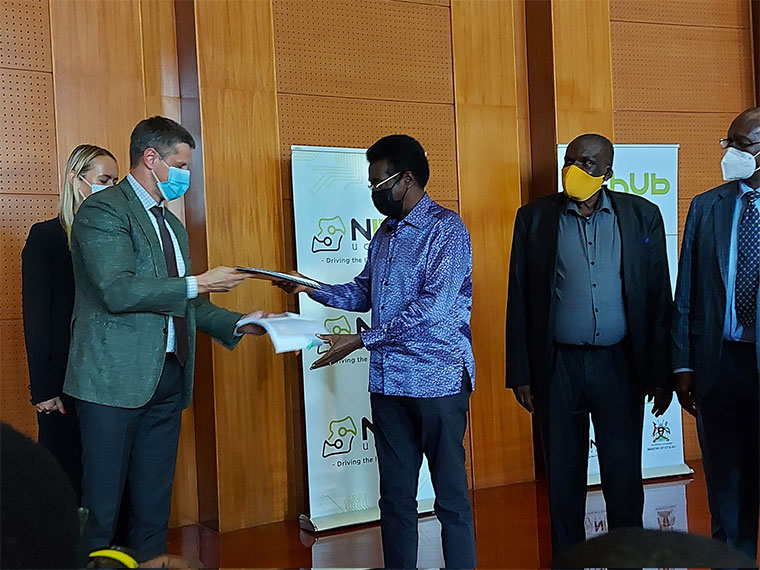 The company is also facing other debt-related cases filed between 2019 and 2021 in Russia, raising questions of whether the contract in Uganda is a lifeline the company needs to beat off bankruptcy litigation for its very survival, and whether government of Uganda did adequate due diligence before engaging Global Security.

The permanent secretaries for ministry of Works Bageya Waiswa and ministry for Presidency Yunus Kakande signed the agreement on behalf of the Ugandan government.

Security minister, Gen Jim Muhwezi witnessed the signing. Joint Stock Company Global Security was sued by LLC “Rus Prom-Technologies” another Russian company that wants it declared bankrupt. The case was filed in the Arbitration Court of City of Moscow on September 17th 2020 and accepted on October 20th 2020.

“On September 17, 2020, the Moscow Arbitration Court received an application from Rus-Prom-Technology on the recognition as insolvent (bankrupt) of JSC Global Security,” a ruling by the Arbitration Court of City of Moscow dated 20th October 2020 says. “Having considered the received application and the documents attached to it, the court considers them sufficient for the acceptance of the application for hearing.”

Though the case was accepted for hearing, the hearing sessions have been postponed several times as Global Security fight to pay the debt it owes Rus-Prom-Technology.

Ministry of Works permanent secretary Bageya Waiswa told URN in a phone interview that information about the company facing bankruptcy litigation in Russia is news to him.

“That is news to me. But we have our Financial Intelligence Authority, we can give them such information and they look into it. They have the network world over to probe such things,” he said. “But me, I have no comment because I am hearing it for the first time.”

Waiswa said they did a due diligence on the company. “We don’t just sign a contract with somebody we have not checked. But if there is a new development, you can’t rule it out.”

12
0 #11 Kase 2021-07-27 14:44
No amount of technology and tools can cover up for the fundamental weaknesses of the Uganda police force...the main problem of security revolves around Uganda police failing in its role of keeping law and order.

Government also has a part to pay in that failure. Failing in properly motivating the police with proper decent housing and remuneration and then expecting them to perform miracles in day to day policing.

Even the little resources available to the police are channelled primarily to suppress the opposition. So in a nutshell this technology will also not help as it will be manned by the same unhappy police personnel.

There is also a possibilty of that data being misused in tracking down the opposition and also sold to whoever needs it...friend or foe..
Report to administrator
0 #12 Wainanchi 2021-07-27 20:40
Let's see what will happen when GPS systems of Global Stock company starts catching rats.Hshahijohi