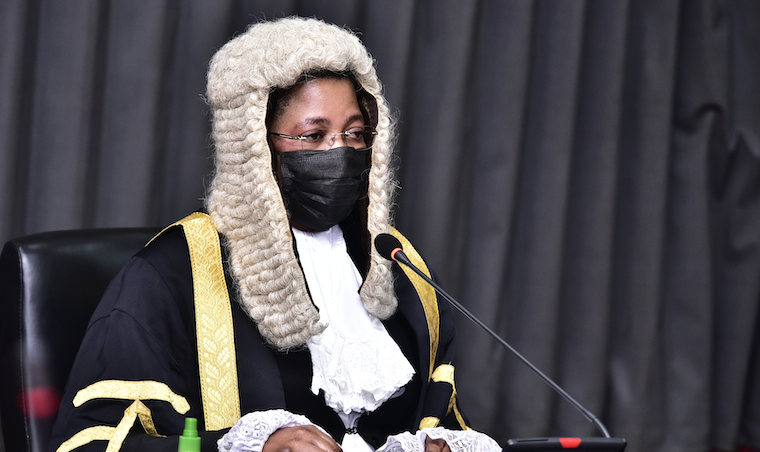 Deputy speaker of parliament Anita Among has appointed Henry Waiswa the interim clerk to parliament following the retirement in 'public interest' of Jane Kibirige.

Kibirige was recently retired and replaced by President Yoweri Museveni with former minister of Defence, Adolf Mwesige. Among informed parliament today afternoon that Waisswa had in the interim been appointed to handle the duties of a clerk to parliament due to incomplete formalities regarding Mwesige’s appointment.

Kalungu West MP Joseph Ssewungu wondered why Kibirige had been retired and demanded that the deputy speaker explains the crimes she had committed and the circumstances under which she was retired.

“I have been a member of an accountability committee in parliament and what we heard from the president is that she is retiring in public interest. The little law I know, if someone retires in public interest, they must have committed some offenses. Could this be the fact?” Ssewungu asked.

However, Among said that she had no powers to respond to the question which can only be answered by the appointing authority.

Meanwhile, Among also named a vetting committee that will verify candidates for the East African Legislative Assembly (EALA) by-election. The by-election to replace Mathias Kasamba, the former representative at the Assembly is scheduled for July 26.

MS Jane Kinbirige`s crime is that she is a Muganda.

Kibirige was the only Muganda left in the leadership of Uganda parliament . That . in itself , is against national interests.
Report to administrator
0 #2 Willy not Silly 2021-07-22 17:08
I hear, Jane Kibige's only crime was "being very close to former Speaker Rebeca Kadaga". Hon. Swewungu can find out the details.
Report to administrator
0 #3 Henry Baisi 2021-07-22 17:39
The real problem is Uganda is not creating jobs. No one takes responsibility for this failure.

The local economy for the majority has been in reverse gear for a very very long time unless of course, you are Amis Kigundu or Mama Fina.

The only man who could provide some kind of economic solution is Mutebile, but he is now almost senile!

The rest have no clue about reviving an economy - Matia Ka who? Says the computer makes up budget estimates on its own ....and runs Finance.
Report to administrator
0 #4 Uhuru 2021-07-22 19:33
Quoting Wooden K.:

This is the answer to Hon.Ssewungu`s question:

MS Jane Kinbirige`s crime is that she is a Muganda.

Kibirige was the only Muganda left in the leadership of Uganda parliament . That . in itself , is against national interests.

He happens to be a friend of Magogo who happens to be Anika Among`s "close friend".
Report to administrator
0 #6 Henry Baisi 2021-07-23 13:17
Sportsmen like Magogo are sociable. Looks like Anita is sociable too.

Besides in Busoga, we have nothing ....the sugarcane is not bought from us, our cooperatives died before Obote, we cannot fish etc. Waiswa deserves a chance.
Report to administrator