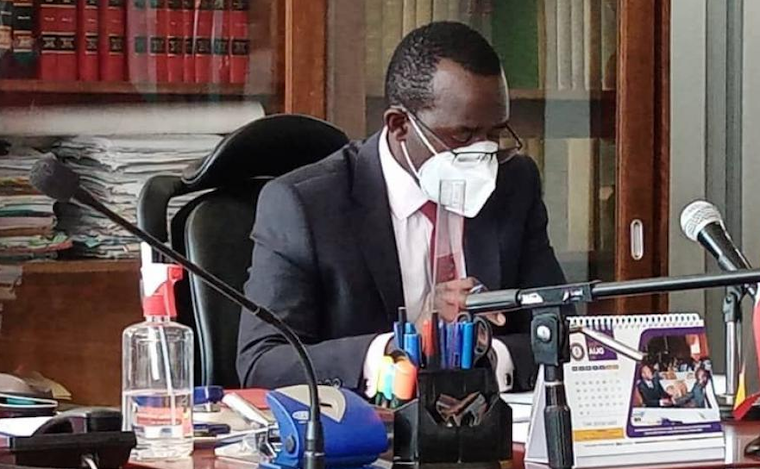 The High court has dismissed an application filed by two lecturers from Islamic University in Uganda (IUIU) seeking interim orders to block the appointment of Dr Adnan Ali Adikata as the director of IUIU Kampala campus and senior lecturer in the department of mass communication.

They also challenged the decision by the rector associate Prof Ismail Simbwa Gyagenda to appoint his wife, Dr Wardah Mummy Rajab Gyagenda as the director of public relations, community outreach and international relations and senior lecturer in the department of economics and mass communication.

In their applications filed early this month, Dr Farooq Miiro and Dr Moses Golooba sought the court orders restraining the university from implementing the appointment of the duo pending a judicial review of the same. They also asked the court not to effect any payment to the duo, restrain them from executing duties as employees of the university until the determination of the main case challenging their appointments is determined.

The applicants argued that the appointments did not comply with provisions of the university statute on staff appointments. They also argued that in the case of Dr Adikata, the IUIU Act provides for the election by members of the faculty or institute from among the Muslim leaders with the approval from the Council, which was not the case.

They also argued that the rector who happens to be the husband of Dr Wardah lacks the legal authority to appoint academic or administrative staff, saying that this would amount to the direct affront of the law regulating the institution.

As such, the applicants told the court that there was an imminent threat of direct interference with proper functioning and administration of the university as provided by law, causing gross loss and waste of all resources to the disadvantage of all IUIU staff members.

"The is no imminent threat by the appointment of the 4th respondent/Dr Adikata that warrant an interim order since the applicants are free to engage the appointments committee which is the body responsible for disciplinary matters and vetting all appointments", the respondents told the court.

In his ruling, civil division High court judge Phillip Odoki on Monday dismissed the application on grounds that the applicants did not adduce any evidence to prove that if court rejects their plea for interim orders they would suffer any loss, which cannot be atoned for by an award of damages.

"The applicants did not also produce any evidence to show that if this application is not granted, the application for judicial review will be rendered nugatory,” said Odoki.

He said that if the court hears the main application and finds that the appointments are illegal, it will go ahead and make an order quashing them.

According to Odoki, the claims that the university was going to make losses and waste resources, "cannot be a ground for grant of an interim order since any loss of resources can be atoned for by an award of damages."

He, therefore, dismissed the application, arguing that the applicants failed to prove the three conditions for granting an interim injunction.