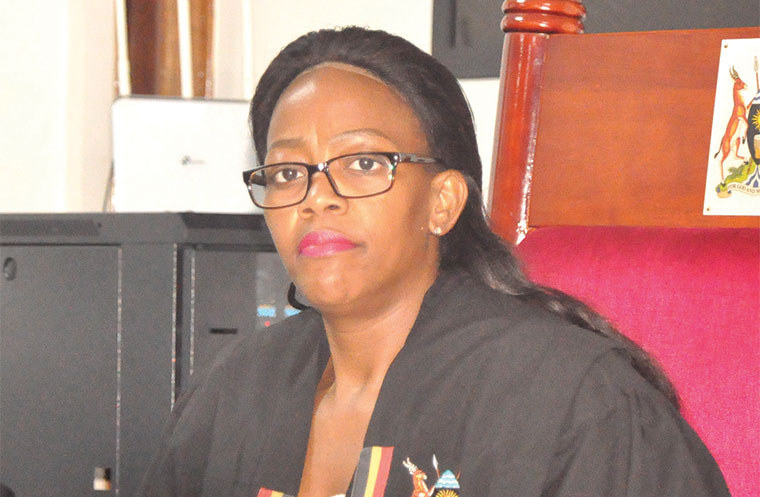 Police have ruled out the possibility that the recent attack against Buganda Road court chief magistrate, Gladys Kamasanyu was targeted and premeditated.

Kamasanyu was on Saturday attacked by assailants outside Green Hill Academy School gate at Kibuli as she went to collect her child's Primary Leaving Education (PLE) result slip. The thugs also stole her belongings including the mobile phone, handbag among other valuables.

According to the police, Kamasanyu was being trailed by the thugs who were on a boda boda motorcycle before the attack. Speaking to journalists on Monday, the Police spokesperson, Fred Enanga said the chief magistrate was attacked by thugs who always steal from vulnerable and unsuspecting people.

“This was not a targeted attack. It was a random incident based on the similar attacks we have been registering in the same areas, these are usually opportunistic thieves, because amongst the complaints we have been receiving they attack mostly vulnerable groups,” Enanga said.

Enanga noted that such attacks have been reported in areas of Mengo and Kololo where thugs target members of the public walking alone or those doing physical exercises on the roads. He says that thugs mostly snatch phones and other valuables.

He, however, explains that the police is making good progress in investigations and tracking of the suspects who attacked the magistrate. He asked members of the public to be vigilant to avert such attacks.

“We urge members of the public to be careful while moving out on foot and doing exercises. You should be extra careful about these opportunistic thieves," Enanga added.

What you are trying to avoid is the fact that political figures are being targeted. A very sad incident indeed. Quick recovery.
Report to administrator