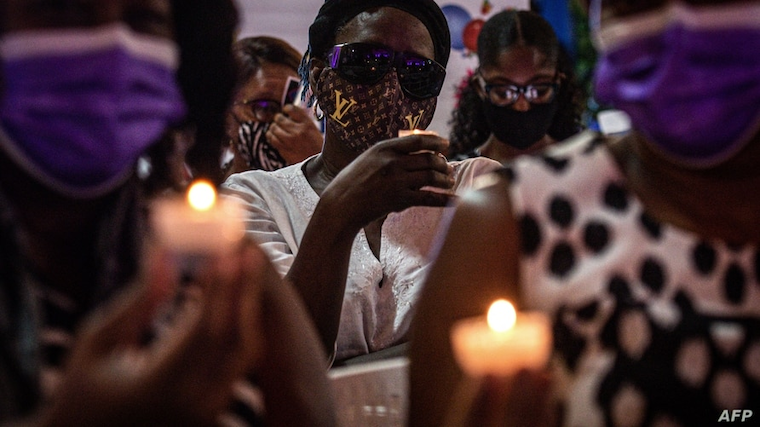 The head of security at the Haitian presidential palace has been taken into custody as part of the investigation of the July 7 assassination of Haitian President Jovenel Moise.

A close associate of Dimitri Herard said he was detained last week. CNN said Herard failed to appear before a court inquiry ordered by the public prosecutor of Port-au-Prince because he had been summoned by police for questioning.

Moise was killed during a predawn attack on his private residence in a wealthy suburb of the Haitian capital that also left his wife, Martine, seriously wounded. National police chief Leon Charles said 18 Colombians and three Haitians have been arrested in connection with the attack, including 63-year-old Christian Emmanuel Sanon, a Haitian-born man based in the US state of Florida who police believe is the mastermind behind the plot to kill Moise.

Charles said Sanon arrived in Haiti on a private plane in early June with some of the Colombians. An official with the U.S. Drug Enforcement Administration told VOA in an emailed statement that one of the suspects in custody was a confidential source to the agency.

Moise will be buried on July 23 in the northern city of Cape Haitian, a member of the official funeral organization committee said Friday.

"We have a logistical team who will evaluate the site where the funeral will be held," minister of Culture and Communication Pradel Anriquez, a member of the committee, told reporters during a news conference in Port-au-Prince. A schedule of events will be published soon, he said.

Funeral planning committee members include interim Prime Minister Claude Joseph; the ministers of Defense, Culture and Communication, and interior; the director of the Cabinet (chief of staff); the secretary-general of the presidency; and the director-general of the MUPANAH (Musée du Panthéon National Haitien).

Anriquez said there are three events planned. On July 20, an official ceremony honouring the life of Moise will be held at the MUPANAH. He said the national palace protocol team is organizing that event.

The interim prime minister said the slain president had expressed a desire to be buried next to his father in Haiti's north. The details were included in an official government decree issued on March 11, 2020, pertaining to the burial of heads of state, Anriquez told reporters.

"The Haitian government in its entirety is committed to giving the president a proper funeral," he said.

First Lady Martine Moise, who was also injured in the July 7 attack at their private home, returned to the Caribbean nation on Saturday following her release from a Miami hospital.

Her arrival was unannounced and surprised many in the country of more than 11 million people still reeling from the assassination of Moise in a raid authorities say involved Haitians, Haitian Americans and former Colombian soldiers.

Martine disembarked the flight at the Port-au-Prince airport wearing a black dress, a black bulletproof vest and a black face mask. Her right arm was in a black sling as she slowly walked down the steps of what appeared to be a private plane. She was greeted by interim Prime Minister Joseph and other officials.

Earlier she tweeted from the Miami hospital that she could not believe her husband was gone "without saying a last word. This pain will never pass."

Ex-president Aristide back in Haiti

Elsewhere in the capital, a group of supporters of former President Jean Bertrand Aristide took to the streets to welcome him back to Haiti after undergoing treatment for an undisclosed illness in Cuba.

"Welcome back, king. We have always said that Haiti is now paying for what happened in 1990, and as long as the constitutional order is not reestablished, the wound will remain. It is time to repair the divisions that exist," a man who did not give his name told VOA. "We are standing out here in front of the airport to extend our greetings."

"The president who truly loved us and was the most capable leader to lead us was removed by the colonists in a coup d'etat. Hopefully, the Haitian people now see clearly what is going on," another Aristide supporter, who stood on the side of the airport road to welcome the former president back to Haiti, told VOA.

Aristide was Haiti's first democratically elected president after dictator Jean-Claude Duvalier was removed from power in 1986.

He governed Haiti from February 7 - September 30, 1991, when he was deposed in a military coup. After living in exile in the United States for three years, he returned to lead Haiti in October 1994 until 1996.

A year later, he created the Fanmi Lavalas (Lavalas Family) political party. He ran for president as its candidate and won in 2000. (Haiti's constitution bars heads of state from holding consecutive terms.)

In July 2001, Aristide was ousted in another military coup and lived in exile in South Africa until spring 2011, when he was allowed by then-President Michel Martelly to return to Port-au-Prince. He has mostly stayed out of the limelight, but his party remains active in politics.