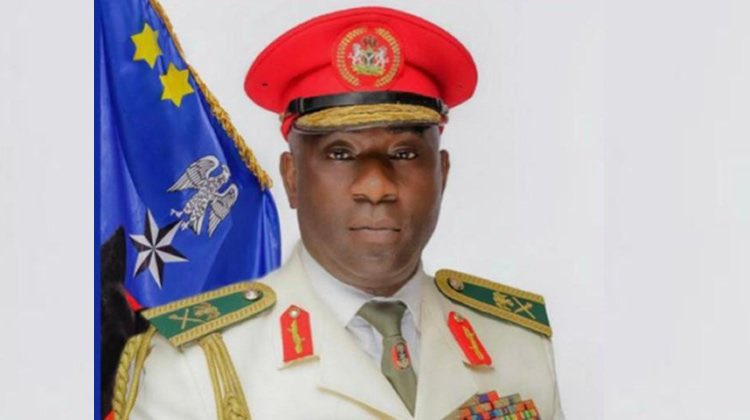 Gunmen shot dead a Nigerian army general as he was traveling by car on a major road from the capital, Abuja, the army said Friday, in the first such fatal gun attack on a senior serving military officer.

Armed robberies and kidnappings for ransom, particularly in the northwest, have become so frequent that many are afraid to travel by road. Growing nationwide lawlessness led legislators in April to call on the president to declare a state of emergency.

Nwachukwu did not say who was traveling with Ahmed, or how far outside of Abuja he was, but local media said the deceased general was with his driver and a relative.

Ahmed was a director at army headquarters, and he had earlier served as the army's Provost Marshal. While two retired generals were shot dead last year in attacks as they traveled by road, no serving general had previously been killed in this manner.

The insecurity in northwestern Nigeria is joined by Islamist insurgencies in the northeast that the United Nations says have left 350,000 people dead over 12 years.

In the middle of the country, conflicts between nomadic cattle herders and farmers have killed thousands and displaced half a million over the past decade, according to French medical charity Medecins Sans Frontieres (Doctors Without Borders). In the southeast, a recent spate of attacks on police has triggered fears of a return to war and state-sanctioned violence.

One remembers well when these West African countries introduced ECOWAS to try and save themselves from such useless conflicts. Killing 350,000 African peoples for 12 years is a real massacre.

Thousands have been displaced. And the ICC is all quiet and looking the other way. It is good in a way to have waylaid the well decorated general and killed him.

In a war zone, soldiers need to die and not civilians even when the Federal government does not care and is looking the other way as innocent lives are lost left, right and center?
Report to administrator