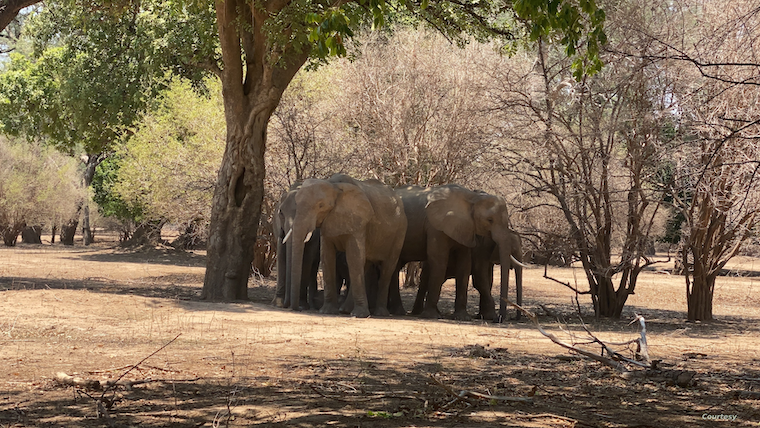 Elephants taking shelter under a tree in Zimbabwe

A Zimbabwean environmental group is suing the government over plans to export elephants to China. The group, Advocates4Earth, accuses China of subjecting elephants to unhealthy conditions.

In an application to Zimbabwe’s High court, Advocates4Earth is seeking to prevent the Zimbabwe Parks and Wildlife Management Authority from going through with the export. Lenin Tinashe Chisaira, who heads Advocates4Earth, says the group just wants authorities to comply with existing laws.

“Basically, we are applying for a declaratory order that the Zimbabwe government and its agencies should respect international conventions especially the resolutions that African elephants, African wildlife should not be exported to destinations that are not appropriate for these species that are not natural or historic range,” Chisaira said.

“We strongly feel that there is a desire by some agencies of the government to violate those agreements by exporting some of our species to countries such as China, without abiding by the existing legal framework,” he added.

The court application also cites the country’s environment minister, Nqobizitha Mangaliso Ndlovu, in the lawsuit. Zimbabwe’s elephant population has grown in recent years, climbing to more than 100,000. Some farmers have complained that the elephants are destroying their crops and grazing lands.

However, the Zimbabwe Wildlife Authority denies it is in the process of exporting elephants to China. Tinashe Farawo, the Authority’s spokesperson, says it’s nothing but a publicity stunt.

“These are people trying to seek relevance. In President [Emmerson] Mnangagwa’s address he put those people on notice. They are people who are bent on saying a lot of negatives. And they must prove that this is what we are doing... The fact remains - we are not capturing any elephants for export. Nothing of that sort is happening. They must bring the evidence,” Farawo said.

In the past, Zimbabwe has exported elephants to other countries despite objections from animal rights and environmental groups, such as Advocates4Earth.

On Thursday, officials at the Chinese embassy in Harare refused to comment saying they were not cited in the court papers.