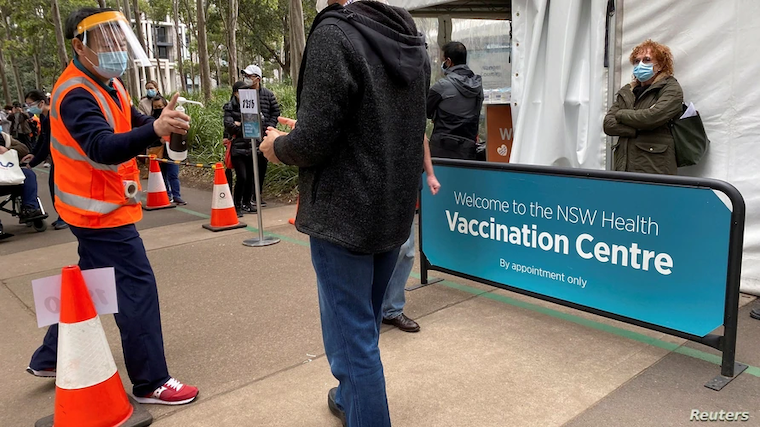 Residents in Sydney, Australia will remain under lockdown for another two weeks as officials continue to struggle to contain a growing outbreak of the delta variant of Covid-19.

The lockdown was first imposed on June 26 after a Sydney airport limousine driver who had been transporting international air crews tested positive for the variant. More than 800 people have since been infected, including 97 new infections reported on Wednesday.

Two people have died in the current outbreak.

"It always hurts to say this, but we need to extend the lockdown at least a further two weeks," New South Wales state Premier Gladys Berejiklian said Wednesday in Sydney, the state capital.

The city’s five million residents are only allowed to leave home for work, exercise, essential shopping or medical reasons, while schools and many non-essential businesses are closed.

Australia has been largely successful in containing the spread of Covid-19 through aggressive lockdown efforts, posting just 31,429 total confirmed cases and 912 deaths, according to the Johns Hopkins Coronavirus Resource Center.

But it has proved vulnerable to fresh outbreaks due to a slow rollout of its vaccination campaign and confusing requirements involving the two-shot AstraZeneca vaccine, which is the dominant vaccine in its stockpile.

Overall, Australia has administered nearly 9 million doses of vaccine to its population of more than 25 million people, or less than 10 per cent, according to Johns Hopkins.

The majority of the new infections came from the capital, Seoul, and immediate surrounding neighborhoods. The outbreak has prompted authorities to enforce strict restrictions and social distancing rules across much of South Korea, including a ban on private gatherings of more than two people after 6 pm in the Seoul area, with bars and restaurants closing by midnight.

If Australians can remain under lock down for another two weeks due to the growing outbreak of the delta variant of Covid-19, how about poor and corrupt countries like Uganda

Every country has its containment measures .The effectiveness is what determines whether to lift or maintain lockdowns.

We shouldn't always be copying other people.Contries are different politically, environmentally, financially , developmentally e.t.c. Lets apply what works for Uganda
Report to administrator