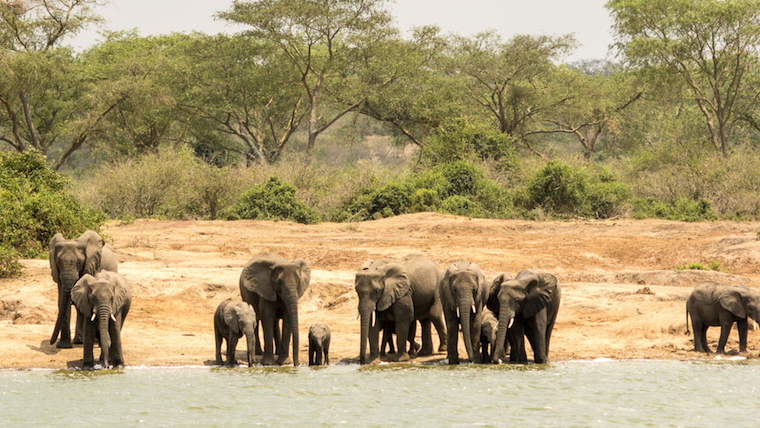 Queen Elizabeth national park is recording a boom in its wildlife population.

The park also has more than 90 mammals and 600 bird species. This increase has been attributed to the crackdown on poachers and community sensitization on wildlife protection and the value of wildlife, according to Pontius Ezuma, the chief warden of the Queen Elizabeth Conservation Area. He adds that the improved surveillance technology and staffing has also improved wildlife security.

Ezuma adds that the extension of electric fencing across the park has also eliminated human-wildlife conflicts and saved animals from being attacked by the community. So far 19.5 kilometres on Rubirizi and 23.3 kilometres on Kasese sides have been fenced.

Raymond Kato, an ecologist at Queen Elizabeth national park says that the absence of vigorous tourism business has also seen wildlife recolonize their original grazing zones in the park. But, he notes that the greatest threat to wildlife is habitat loss driven by the rapid human population growth and demand for livelihood.

As an action plan, Kato says that they have trained and supported the communities neighbouring the park to venture into apiary business that stays some animals from straying into their gardens. They are also encouraging communities to plant trees to limit persons going in the park in search of firewood.

Erizphan Ngundi, who neighbours the park from Hamukungu village says the communities are gradually changing their attitudes towards wildlife. He says initially many people regarded conservation as sabotage to their day-to-day living.

Frank Anne, a tourist says investing in the sector such as the road network and community participation is an added plus to the industry.

The 2015 survey by the Wildlife Conservation Society, the Great Elephant Census and the Uganda Wildlife Authority indicated that elephants in Uganda have increased by 600 per cent, to more than 5,000 from a low of 700 to 800 in the 1980s.

Why is Museveni ruling peacefully & go for another fake election that will only legalise his 45 years in power?

Cubans woke up & USA president came out to stand by them, even when Cuban useless ruler blames US for sanctions imposed & rightly so to make it clear US doesn't support enslavement of Cubans who now are demanding change!

Ah! UK finally woke up & reduced free money given to useless rulers who are so so rich while the people they get money in the name are so so poor, oppressed without public/social services!

Museveni is richer, live more comfortably than USA/UK/EU leaders, yet these give money to Museveni who accounts to no one & in power since 1986!
Report to administrator
-3 #2 Entertainment 2021-07-15 14:43
The large population of Elephants may itself become a big problem in the near future.

It maybe necessary to introduce sport hunting in order to control the numbers.

That wud hit 3 birds with one stone
1. Control numbers
2. Boost revenue
3. Provide bush meat at a controlled rate. It too can be a revenue driver.
Report to administrator