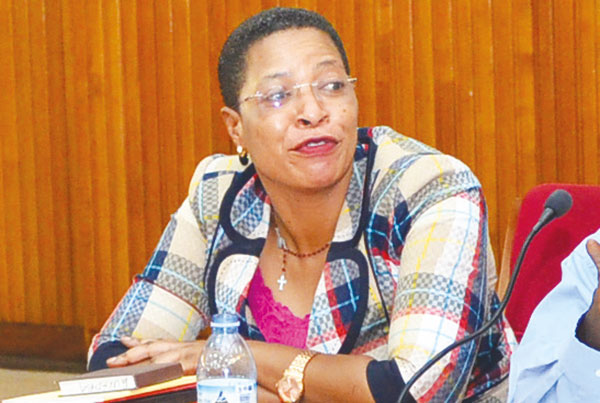 The new ministers are weeks old in office but the hitherto dramatic and untold story of their parliamentary vetting for ministerial jobs last June has been recounted in exclusive interviews with lawmakers on the vetting committee.

The interviews paint an intriguing portrait of some ministers’ character, competence for office and the judiciousness of the new deputy Speaker of Parliament Anita Among. The Parliamentary Appointments committee spent three days; Monday, June 14 to Thursday, June 17, vetting the ministerial appointees’ suitability for the jobs.

During the job interviews, sources say, many unusual things happened. According to insider sources, about 30 percent of the 81 ministers lacked proof of academic credentials, others carried documents showing higher learning credentials such as diploma certificates but didn’t have Ordinary level (senior four) and Advanced level certificates (senior six) while others presented inadequate qualifications and academic equivalents.

Other ministerial appointees, according to insider sources on the committee, were of advanced age, sick and arrogant. For one to qualify to be a member of parliament, he or she should be aged 18 years and above with a minimum academic qualification of A-Level (UACE) or its equivalent.

Article 80(1)(c) of the Constitution of the Republic of Uganda provides for Advanced level standard or its equivalent as the minimum formal education requirement for a person to be an MP.

Sources said that despite the committee approving all the ministerial appointees except Alice Kaboyo, minister of state in the Office of the Prime Minister for Luwero Triangle-Rwenzori region, many vetting committee members were left wondering how some new ministers would serve the populace given their deep-seated inadequacies in character, morality and education.

The committee has since approved Alice Kaboyo who had been rejected over her 2012 conviction for embezzling the Global Alliance for Vaccines and Immunisation (GAVI) funds.

“She confessed to the committee. And she could not be allowed through,” a source said.

Kaboyo, a former State House employee, was convicted in June 2012 by the Anti-Corruption court and received an eight-year jail term or a fine of Shs 20m. She chose to pay the fine.

Her conviction loomed large during the vetting. She was co-accused then with former health ministers, Jim Muhwezi, Mike Mu- kula and Dr Alex Kamugisha for mismanaging GAVI funds meant for treatment of children infected with HIV/Aids, malaria and tuberculosis.

Represented by lawyer Bob Kasango (RIP), Kaboyo pleaded guilty to two counts of abuse of office and writing documents in the name of former presidential Private Principal Secretary, Amelia Kyambadde. This was the basis the committee leaned on to reject her appointment, citing the Anti-Corruption Act, which prohibits a convict to serve in a public office for a period of 10 years.

Sources told The Observer, that apart from Lt Gen Peter Elwelu (Army representative) and Alex Ndeezi (PWDs, Cen- tral), all other committee members voted to reject her approval. But surprisingly the same committee gave the much-needed nod of approval for her appointment days later.

Insider sources interviewed for this story said the committee disagreed sharply over the approval of some appointees.

“Some appointees came with only curriculum vitaes (CVs) to the committee yet they were told to appear with their verified academic credentials,” a source said.

“What caused disagreements were what we saw as double standards. The chairperson (deputy speaker) was not allowing members to see the documents. To some ministers, she told us she had already seen their (academic) papers yet others came with their academic documents for us to see,” a source added.

Deputy Speaker Anita Among chaired the Appointments Committee for the three days. According to other sources, the chairperson offered a full-throated defense of some ministerial appointees especially those who openly campaigned for speaker and deputy speaker last May.

“She [Anita Among] knew which appointee had issues with academic papers. She kept telling members that she had already seen their papers, which we couldn’t access. For others, she didn’t want members to even ask questions,” a source said in an interview.

“Because we didn’t trust her [Among], members were disturbed and we had to put her to task to let other committee members look at the appointees’ academic papers. Members complained that approving ministers basing on their CVs without looking at their academic papers was unfair, double standards and biased,” another source said.

When committee members insisted on seeing all academic papers, Among reportedly bowed to pressure and allowed Masindi Woman MP Florence Asiimwe Akiiki to scrutinize the appointees’ documents but that came almost towards the end of the vetting exercise.

“Members felt uncomfortable that some appointees were treated like VIPs... So, the woman MP for Masindi who calls herself queen dancer started checking their papers. Each of us was also given an opportunity to act as lead counsel. We questioned the candidates but only for a few minutes,” a source said.

The committee was also riveted by a verbal exchange between Kasambya MP David Kabanda and Kalungu West MP Joseph Gonzaga Ssewungu. Kabanda accused Ssewungu of disappearing each time the committee was about to vote to approve or reject a ministerial appointee.

“The Kasambya man brought forward a concern that he had received information that Hon Ssewungu had had an agreement with some ministerial appointees. I think to be soft on them and he (Kabanda] was asking why he [Ssewungu] kept on moving out the moment they were to vote for approval of a particular minister,” a source told us.

The source said the verbal exchange took a toll on the committee. It took the intervention of the chairperson for the quarreling to stop.

Sources said when Gen Kahinda Otafiire appeared for vetting, a member asked him to assure the committee that he wouldn’t intimidate the common man once he took office as Internal Affairs minister.

“The member’s question was in regard to Otafiire’s involvement in land grabbing. You know... he has been known by many as a notorious land grabber but he was so arrogant in his response. He even warned the member that ‘try to say it outside this committee room, you will get me millions’ that was intimidation of the highest order,” a source said.

Sources said Otafiire and Kasolo were generally arrogant. At the start of the vetting process, committee chairperson and deputy speaker Among informed members that she had written to the government Chief Whip, Thomas Tayebwa to move one of the NRM members to another committee.

Among said she had received reports that the member from Central region solicited for bribes to have appointees with questionable papers approved without trouble.

Magode looked very frail. For his vetting, he was led by a parliamentary protocol officer into a room where he was linked via Zoom to the Appointments Committee. It was, however, not clear why despite being within the precincts of parliament; he was not taken to the conference hall for an in-person interview.

Magode, 74, is a member of the National Historical Forum. He could hardly move on his own and was supported to walk by Tororo North MP Geoffrey Ekanya and Tororo South MP Fredrick Angura.

Before the return of multiparty politics in 2005, Magode served as the director for Mobilization in the then movement secretariat and as Mbale district administrator.

They have no reason to complain. Could be that is the reason Oulanya Jacob (the Speaker) dodged chairing the vetting sessions.
Report to administrator
+1 #2 Apollo Ekelot 2021-07-14 16:17
And then you say Uganda will be corruption-free; No way!

This evil is son entrenched and begins from the appointing authority, then to his rubber stampers. Oh, Uganda may God uphold thee!
Report to administrator
0 #3 kabayekka 2021-07-14 16:22
It is oblivious indeed on the part of the President who is in greater need for a better working team in the cabinet.

The country of Buganda cannot accept to be led by such a cabinet team of dodgy ministers who have questionable academic papers.

It is high time the state of Buganda called on this central government to go back to their respective provincial corners of Uganda where they can play better their dodgy games of governance! Abaganda tebatubalamu magezi!
Report to administrator
0 #4 Mike Larry 2021-07-14 19:32
The moment you come to terms that Uganda is a business, you'll cease to be phased by the little insidious games our leaders play.

There's not much difference anyway between the educated and illiterate, they all act the same. Degrees from Uganda are bought, given as rewards in exchange, or got without too much effort. That's the corruption we have in this country.
Report to administrator
0 #5 kasede 2021-07-14 20:58
Quoting kabayekka:

It is oblivious indeed on the part of the President who is in greater need for a better working team in the cabinet.

The country of Buganda cannot accept to be led by such a cabinet team of dodgy ministers who have questionable academic papers.

It is high time the state of Buganda called on this central government to go back to their respective provincial corners of Uganda where they can play better their dodgy games of governance! Abaganda tebatubalamu magezi!

Please stop day-dreaming. Buganda (or Lango, for that matter) is NOT A COUNTRY / NATION. It has never been that and I do not foresee the possibility of it achieving that UNILATERALLY [Study Biafra Vs Nigeria in the 1960s].

Uganda without Buganda in it has never existed and will never exist. FULL STOP. Are you awake now, or do you want me to alarm you further?
Report to administrator
0 #6 kabayekka 2021-07-15 14:10
Yes Kasede you are also dreaming. Is that why this long serving Chairman of NRM doing anything in the state of Uganda as he so wishes now 35 years?

Just because there will never be any other option of any kind of living properly in your nations of dreams?

Actually one would not mind where your dreams take you and us, but one would certainly mind if much of your great dreams take us all in Africa to Armageddon!
Report to administrator
0 #7 Abwooli 2021-07-15 16:37
According to insiders sources, ministers particularly shielded by the deputy speaker from answering troubling questions during vetting included; Betty Amongi (Gender minister), Babirye Milly Babalanda (Presidency), Minsa Kabanda (Kampala), Peter Ogwang (State, Economic Monitoring), Rebecca Kadaga (First deputy prime minister and minister, East African Affais), Moses Ali (2nd deputy prime minister) and Harriet Ntaabazi (State, ministry of Trade).

And one wonders what's wrong with the system?

The education minister has no papers at all. She's added nothing to the education development of this country but instead pushed for more deterioration. We are such a [censored]ed up suffering third world country.
Report to administrator