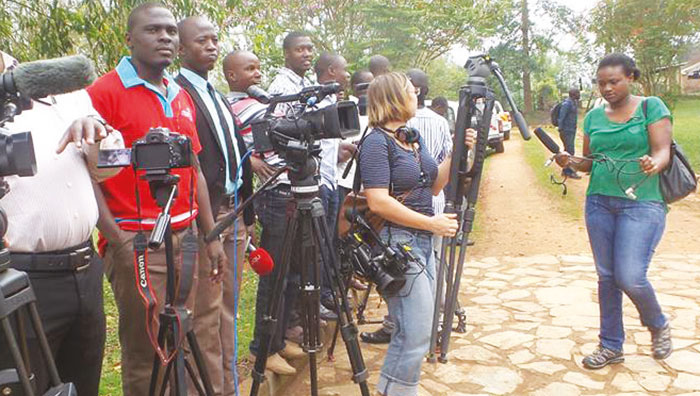 A new study released by the World Association of News Publishers (WAN- IFRA)’s Women in News (WIN) program has provided insights into the scale of sexual harassment in media organisations.

Using 584 respondents from Uganda, Kenya, Tanzania, Rwanda, Zambia, Zimbabwe, Malawi and Botswana, the study unearthed a generally unhealthy working environment for female journalists in relation to sexual harassment, one of the main reasons why female journalists do not stay long in newsrooms.

Sexual harassment – the unwanted and offensive behaviour of a sexual nature that violates a person’s dignity – remains the quiet vice eating away at the professional core of good journalism, and the study found that many media managers are not even aware that their staff are being harassed. Less than a third of sexual harassment cases are reported, according to the findings.

“The research highlights a lack of trust in the organisation, or sometimes a complete failure of management and systems to deal effectively with sexual harassment. This matters because the less confidence there is in an organisation’s ability to address the problem, the less likely people are to see value in calling it out and the cycle will perpetuate,” Walker said.

The report shows that 56 per cent of the female respondents said they have been physically harassed, 15 per cent men reported similar harassment and 36 per cent among GNC (gender non-conforming).

Almost half (46.7 per cent) of respondents said their organisations had no sexual harassment policy, while 35.9 per cent were unaware of what was in the policy and just 17.4 per cent were aware of its contents.

Media managers have not been spared either; half of those included in the survey said they had faced sexual harassment too, although just nine per cent reported it.

“The numbers are very small and we still have a very long way to go before staff are convinced and comfortable that if there are incidents of sexual harassment, they can report them and action will be taken without any victimization,” Godia said.

Uganda took a bold step in May 2021 to criminalise sexual harassment once and for all. On May 3, parliamentarians passed the Sexual Offences Bill 2019, which, among other issues, outlines sexual harassment in detail and hands out more deterrent punishment to offenders.

However, in the same breath, the bill criminalises homosexuality, a contentious issue that is expected to delay President Museveni’s hand in signing it into law.

For now, Uganda’s labour laws require employers to have in place a sexual harassment policy, although this is largely ignored and where the policies exist, many employees are not aware of their existence.